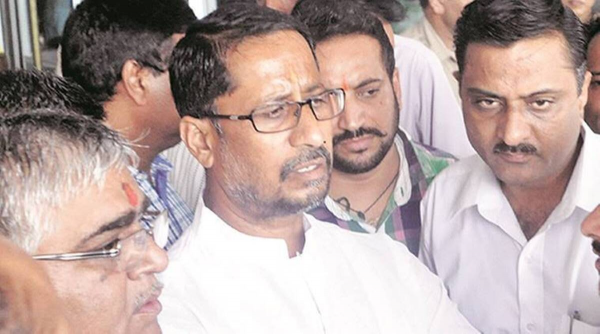 The Bharatiya Janata Party (BJP) leadership today expelled its senior leader and former Punjab Local Bodies Minister Anil Joshi for daring to raise voice in favour of the farmers who are struggling for their survival and opposing three farm laws introduced by the saffron party.

Joshi who has been MLA from Hindu-dominated Amritsar North constituency has been resenting against the party stand on the issue of farm laws and endorsing the cause of the farmers who are agitating against the laws for more than a year and currently spearheading the agitation at the borders of Delhi.

Finally, as per the letter issued by the office of Punjab BJP chief Ashwani Sharma, he was expelled from the party for six years. His expulsion has invited criticism from all quarters and the move has been termed as one which lacks democratic ethos. However, Sharma termed what Joshi has been voicing, as “anti-party” activities.

Though he is an old worker of the saffron party, he recognizes the Punjabiat and also speaks pure Punjabi, unlike almost all other senior leaders of the BJP in Punjab.

Reacting to the party move, he said, “I gave precious 35 years of my life to the party and worked very hard for it during this long period. Working in the party, I faced deadly attacks. My vehicle was reduced to ashes by the rivals. My brother was also attacked when I was minister in Punjab. Also, I expanded the sway of the party in rural areas. And my ‘tapasya’ for the party was disturbed by these leaders in a single jerk”.

“I am being treated this way because I raised my voice in support of the farmers’ concern. I would like to ask Mr. Ashwani Sharma to answer ‘Is speaking for the farmers and other people a sin ? The people who expelled me from the party today, do not compete with me. He remained MLA once, but I twice.  I have been a minister and I always tried to save the party workers across the state. You can ask any of the workers across the state. I give respect to every worker whenever anyone visits me. I gave considerable time to the party by working for it day and night”.

Joshi has been blaming the party’s state leadership for not giving a correct feedback to the Centre on the farm laws. He had also stated that it had become difficult for party workers to come out of their homes.