Shiromani Gurdwara Parbandhak Committee has announced to mark the 66th anniversary of July-1955’s attack on Sri Darbar Sahib. During the intervening night of July 3 and 4 in 1955, the then Indian government had launched this attack to crush the movement for a separate state based on the Punjabi language. 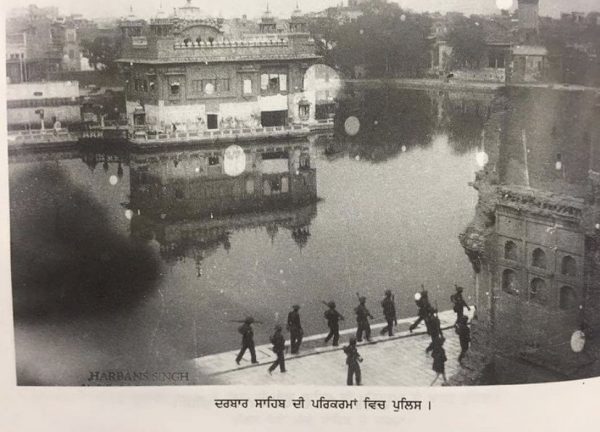 Sharing the development with the media, SGPC president Bibi Jagir Kaur informed that Sri Akhand Path Sahib to commemorate this day will begin on July 2 and a special religious event will be held on July 4 at Gurdwara Sri Manji Sahib Diwan Hall.

Speaking about this attack, Bibi Jagir Kaur said that the Congress always tended to oppress the Sikhs despite their matchless contribution in the liberation of India from the British rulers. “The then Congress-led Indian and Punjab state governments had ordered the then DIG Mahasha Ashwani Kumar to storm the holiest Sikh shrine just after 7 years of India’s freedom in 1947,” she added.

“On July 4, all the bombs hurled on Gurdwara Sri Manji Sahib Diwan Hall will also be exhibited to the Sikh sangat so that the next generations could be apprised with the atrocities faced by Sikhs in India,” she added.