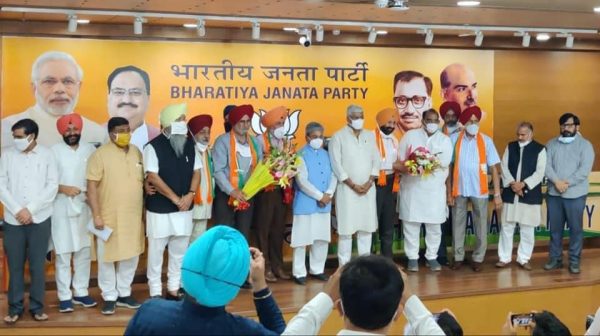 BJP is a saffron political outfit of the radical Hindu organization Rashtriya Swayamsewak Sangh. The RSS targets minorities directly or indirectly in an attempt to maintain Hindu supremacy across the Indian sub-continent.

The RSS believes in targeting Muslims directly while it targets other minorities like Sikhs by launching attacks on their historic scriptures so that they could be assimilated into Hinduism.

It is pertinent to note here that the former AISSF convener Harinder Singh Kahlon had played a prominent role in re-erecting the AISSF after the June-1984 holocaust.

In 1986, he had come on target of his own group member Gurjit Singh Jhok Harihar for not declaring Khalistan as the sole goal of the AISSF. On the other hand, he also faced criticism by the AISSF’s praesidium members for ignoring the main AISSF leadership imprisoned in Jodhpur jail at that time.