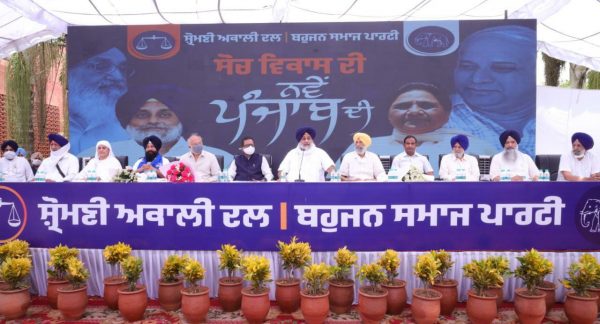 While addressing the media persons during a joint press conference here, the SAD president Sukhbir Badal said, “This is a historic day when both the parties have again joined hands. Thinking and ideology of both the parties are same and it was need of the hour for both to unite”.

“Not only 2022 assembly elections, we will also contest together the elections to be held later. This alliance will work for holistic growth of the state and betterment of all the sections of the society”, he added. 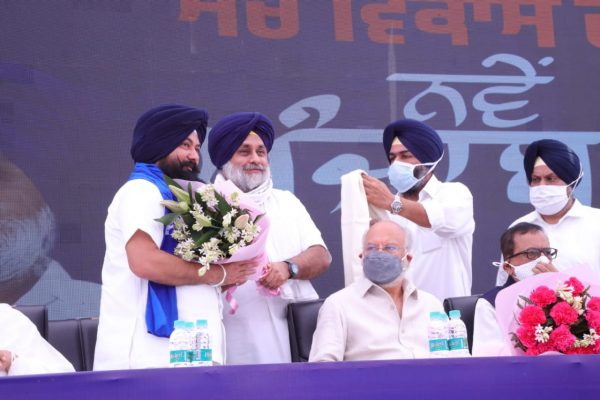 Before being in ties with BJP in the 1997 assembly elections, both the parties contested the 1996 Parliamentary polls jointly and the BSP won all its three seats. The then Shiromani Gurdwara Parbandhak Committee (SGPC) president late Gurcharan Singh Tohra wanted to continue the alliance of the SAD with the BSP, but Parkash Badal snapped the ties after the elections. Badal made an excuse that Kanshi Ram had formed an alliance with Congress in Uttar Pradesh (UP), which is “anti-Sikh”.

Prior to this, the BSP had an alliance with Akali Dal (Mann) in the 1989 parliamentary elections. This alliance got a landslide victory in Punjab. The BSP also supported Tohra-led Sarab Hind Shiromani Akali Dal, when Tohra parted ways with Badal.

In alliance with the BJP, it had been drawing the ire of the Sikh circles which cited that both the parties have no match. They have been demanding the alliance between the SAD and BSP which represents backward classes and scheduled castes. Besides, the BSP has a large number of Sikhs in its rank and file.