Pieter Friedrich: Jack Dorsey meant well by giving millions to a group that claims to be working to provide relief for a nation that is currently being ravaged by COVID-19, but he didn’t do his due diligence to verify the credentials of the organization to which he gave. 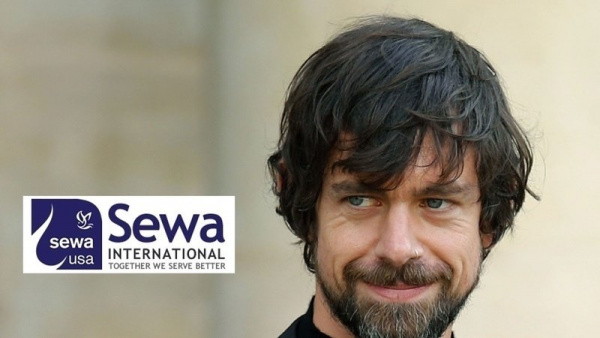 The hashtag #TakeItBackJack emerged on Twitter two weeks ago. Led by US-based activist Pieter Friedrich, several Twitter users joined in and asked Twitter CEO Jack Dorsey to take back his donation of $2.5 million to Sewa International USA. In addition, a petition was launched to reach out to Jack Dorsey and currently has close to 2,500 signatures.

But Pieter is not done yet. Following the social media campaign to expose Sewa International, Pieter is now going on a hunger strike to raise awareness against the pro-RSS organization.

Sewa USA is connected to Sewa International in India, which is itself affiliated with Sewa Bharati, which is the social service wing of the Rashtriya Swayamsevak Sangh (RSS), a Hindu nationalist paramilitary that is implicated in countless incidents of violence against minorities, including pogroms.

Sharing details of his intent to go on a hunger strike, Pieter said that over the past 20 years, reports have repeatedly exposed how donations made for disaster relief purposes to chapters of Sewa International have been given to organizations in India that are connected to the RSS and possibly even directly linked to RSS-sponsored anti-minority violence.

Our readers can sign the petition to Jack Dorsey here.