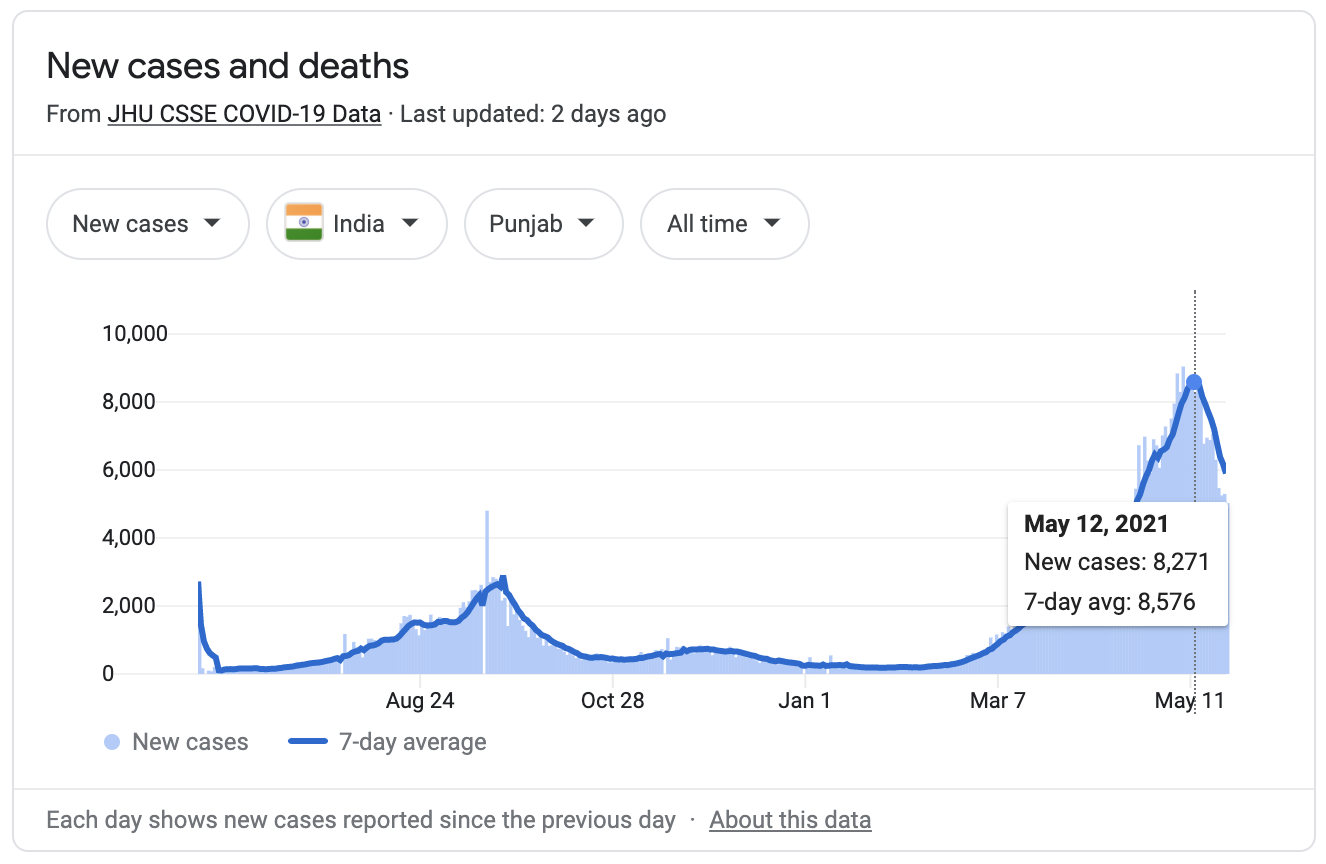 As COVID-19 cases have continued to go up in Punjab, its leadership is looking for a scapegoat to shift the blame. The Punjab Government has failed to curb the rise of COVID-19 cases in Punjab for many reasons, including lack of cooperation by the Central Government. While complaining about not having access to adequate resources, the Congress Government is actively speaking out against the protesting farmers and blaming them for the rise of COVID-19 across Punjab’s villages.

Trip Rajinder Singh Bajwa, the Rural Development and Panchayat Minister of Punjab, faced a lot of criticism for a TV interview this past week. He had held protesting farmers responsible for the spread of COVID-19 in rural areas of Punjab. He had excused that the farmers struggling at the Singhu border are bringing COVID-19 to Punjab.

However, taking his stance back, Bajwa has now said that the farmers’ protest was the need of the day, and protesting farmers need to continue their agitation. Bajwa faced a lot of heat after his initial statement, which was deemed very similar to the stance held by the BJP, which too had been blaming the farmers for the increase in COVID-19 cases.

Bajwa has now clarified his stance by stating that he had only suggested the farmers returning from the Singhu border undergo the test for COVID-19 before entering into their villages. “All the farmers returning from Singhu border should quarantine themselves till they are not declared negative for COVID-19 as their family members will be the first to contract COVID-19 from them,” he added.

Bajwa added that Congress Party had provided adequate arrangements to deal with the second coronavirus wave in Punjab. In a press conference, he also added that people in Punjab were very appreciative of the efforts of the Punjab Government.

It should be noted that the Punjab Chief Minister Capt. Amarinder Singh, too had asked the farmers to postpone their 3 day planned protests, a proposal that the Bhartiya Kisan Union has rejected.