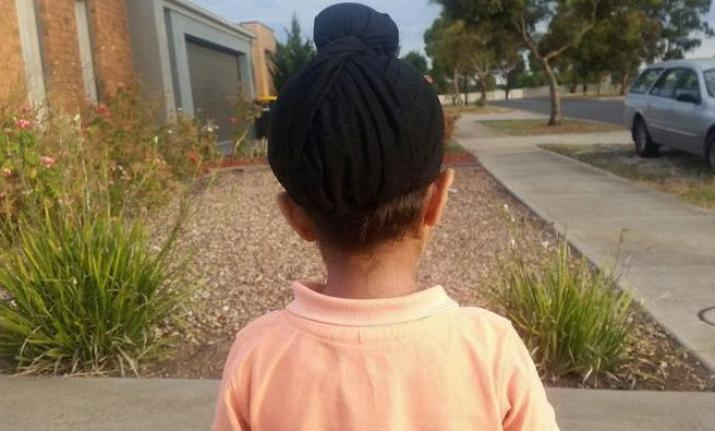 Picture is for representation purpose only.

J.K. Purewal, the boy’s mother, expressed her disgust in a Facebook post while asking that the school act against bullying. “We are really scared to send him to school. Don’t know what to do to secure him in future,” she said in a Facebook post. Mrs Purewal further stated that her son had been left really upset. The family is in touch with local Sikh organizations and has requested that their son’s pictures not be shared online due to privacy reasons.

Due to the age of both students, other parents from the school have commented that this incident cannot be referred to as a hate crime; however, they have asked the school to ensure safety for all students and teach about the tenants of the Sikh faith. However, for many, this incident brings back memories of another incident in Manchester, where a Sikh boy aged 13 committed suicide due to being bullied in 1997. Vijay Singh was a bright student who was continuously harassed due to his patka and long unshorn hair. He suffered continued bullying and ended up taking away his own life.

“Incidents like this can never be acceptable, and there can be no justification given as to why this occurred. The education system within the UK doesn’t take the bullying of Sikh children seriously. We know from recent incidents that many of these cases keep happening and there is a reoccurring theme, the schools don’t educate their students on diversity and the Sikh religion, nor do they take firm action against racism against Sikh children often enough,” Parmvir Singh of Khalsa Foundation told Sikh24.

“Bullying still happens, and it must be stopped. Years and years of bullying of Sikh children who suffer in silence is not acceptable. The bullying will lead to more events for Sikh children defending themselves, which will only be a reaction to the issue and not deal with the root cause, which is the lack of awareness within schools around the Sikh faith,” he added.

“My plea to all educational institutions is that they look to explore avenues where religious diversity is spoken about and the importance of the Sikh articles of faith, Keski, Kirpan, Kara, Kachera, Kanga and Kesh are discussed.”

“Sikh philosophy/theology understanding in the mainstream UK remains on the periphery when it is light touch or non-existent in the national curriculum and therefore missing a mainstream academic dimension. Whilst we have had our own inner community journey of discovery over the years in Sikh philosophy, our articulation remains targeted at Sikh audiences.
I feel that until we address this as a gap, we will continue to remain in the frustrated standoff with the UK establishment that we are in today, and hence we keep having the emotive circular arguments amongst our internal organisations in order for us to get noticed by that establishment.”