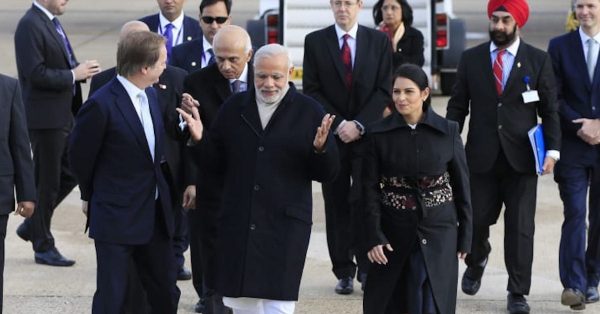 On May 4, India and the United Kingdom signed a new immigration deal that could impact approximately 500,000 Indian nationals in the United Kingdom. Priti Patel, the UK Home Secretary and architect of this deal is pro-Modi and aligned with the Hindu Nationalist RSS interests. This deal creates a “point-based system” and is meant to target the downtrodden and the most vulnerable of the Indians in the UK for deportation while giving preference to upper-caste Indian nationals.

“This deal is, in essence, a sellout of minorities and Indians that are currently surviving working under dire conditions in the UK. This policy is inhumane and goes against the foundations of western democracy and targets Indian minorities who do not see eye to eye with Modi,” a press statement by the Sikh Information Center said.

Home Secretary Priti Patel described the aims of the deal as such, “I am committed to delivering for the British public a fair but firm New Plan for Immigration that will attract the best and brightest talent to the UK through our new points-based immigration system, whilst clamping down on those who are abusing the system.”

Condemning Priti Patel’s recent move, Bhajan Singh of the Sikh Information Center said, “What Secretary Patel’s statement ignores is that many Indian nationals have fled India due to religious or caste persecution. This deals emphasis on “the best and brightest” is merely a veiled admission of upper caste preference. While simultaneously making a sinister plan to send back hundreds of thousands to the disease ravaged, chaotic Hindutva system where many will likely face prison, torture and other hardship.”

He added, “What is more, there have been many reports of fake universities and fake credential that have been used to send politically correct immigrants to western nations. This move could impact the long term freedom of all minorities and freedom-loving Indians in the west. The ‘best and brightest’ will be carefully chosen and there will be no respite for those fleeing disease and violence.”

Bhajan Singh, who is a founder of the Sikh Information Center further added, “this is an act against human rights of all Indians and the diaspora must intervene to help those who are fleeing poverty disease and persecution.”

Priti Patil is regarded as a staunch supporter of Indian Prime Minister Narendra Modi. During Modi’s visit to the United Kingdom in 2015, she personally welcomed him at the Heathrow Airport and was also present at his address at Wembley Stadium the same year. 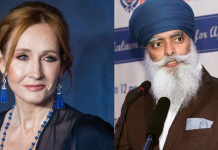