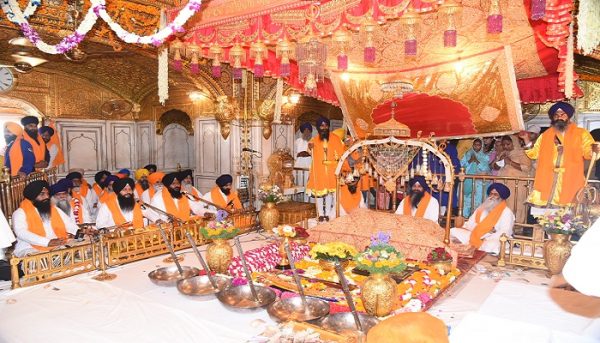 Prominent personalities of the Sikh community attended the fourth centenary birth celebration events of the ninth Guru and emphasized their views on the need to uphold the ideology of the Guru Sahib.

Speaking at the event organized on the stage of Gurdwara Manji Sahib Diwan Hall situated within Sri Darbar Sahib, SGPC appointed officiating Akal Takht Jathedar Giani Harpreet Singh extended congratulations to the sangat and encouraged to get ready for the welfare of humanity.

He said the ninth Guru strengthened the importance of social and faith-related values in society and gave his martyrdom for humanity.

“While celebrating the 400th Parkash Purab of the ninth Guru in the present times of Covid-19 pandemic, the entire Sikh community should establish a state-of-the-art hospital where free treatment should be available to the patients. This task can’t be accomplished by a single organization so the entire Sikh community would have to come forward for this humanitarian cause,” said Giani Harpreet Singh.

“The suggestion of the representatives, think-tanks of the community, sangat settled in the country and abroad will be awaited in this regard,” he added.

“In the prevalent environment of fear due to Cvid-19’s second wave, most of the deaths are taking place due to shortage of oxygen. As per the information received, the problems are getting worse due to a shortage of oxygen. It becomes more important to uphold the Gurus’ ideology in this regard. I appeal to every Sikh to plant one tree each especially the Pippal tree as it releases a high quantity of oxygen”, said Giani Harpreet Singh. 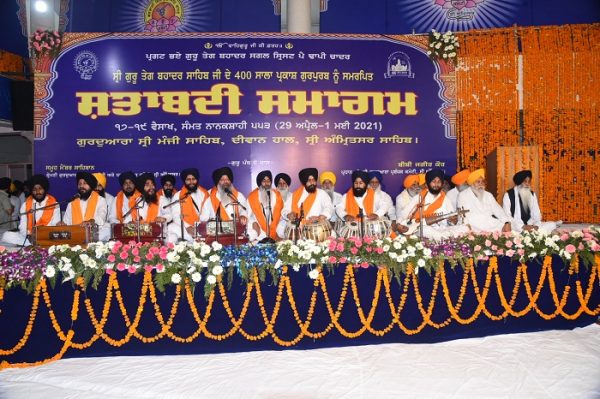 Speaking about the ongoing farmers’ protest against the Centre’s three agriculture laws, Giani Harpreet Singh said, “I ask the Government of India to seriously resolve the issue of farmers on the occasion of the 400th Parkash Purab of the ninth Guru. The government should make a decision with open heart, so that, the farmers could return to their homes.”

In the centenary event, SGPC president Bibi Jagir Kaur paid homage and respect to Guru Tegh Bahadur Ji and announced that through the documentary film the life journey of the ninth Guru would be presented before the sangat settled in the country and abroad and his Gurbani (holy writings) would be published and delivered to the sangat in five languages.

“The life of the ninth Guru is of great philanthropy for humanity, which has given a revolutionary message in the faith-history of the world. It is not a small thing to give martyrdom for saving other’s faith and values”, said Bibi Jagir Kaur.

She said that the entire life journey and ideology of the ninth Guru would be presented before the sangat through modern mediums.

“SGPC will also make documentaries on lives of the Sikhs associated with the ninth Guru including Baba Makhan Shah Lubana, Bhai Lakhi Shah Vanjara, Bhai Mati Das, Bhai Sati Das, Bhai Dayala Ji, and others. A list of 12 films has been made and five scripts are ready and these would be released soon. This entire work would be completed with the motivation of the Singh Sahibs”, said Bibi Jagir Kaur.

Bibi Jagir Kaur also announced, “A Sateek (literary volume containing text along with translation, exposition, and explanation) of Sri Guru Granth Sahib would be prepared in five languages similar to the one scribed by Bhai Sahib Singh. This is being done with a motive so that people of different languages can understand the ideology of Gurbani. Also in the coming four-five months, 57 Shlok and 59 Shabds (hymns) from Gurbani of Guru Tegh Bahadur Sahib would be translated in five languages and delivered to the sangat.”

She added that a preparatory institute is also being established at Patiala to prepare Gursikh youths for competitive exams like IAS, IPS, PCS, NDA, and others.

Talking about the limited events due to the Covid-19 pandemic, Bibi Jagir Kaur said, “Due to Covid-19 pandemic, we could not celebrate the events at grand-level but these events would not stop here and would be organized throughout the year. The sangat should pay obeisance and devotion to the Guru by sitting at their homes with families and share stories of Guru Ji and connect to his Gurbani.”

SGPC president thanked prominent Panthik personalities and sangat from home and abroad who attended the event.

Several Panthik personalities expressed their views in the event 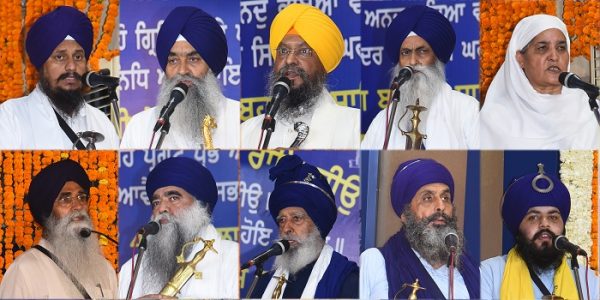 A special souvenir highlighting the life history and ideology of the ninth Guru was also released during the centenary celebrations. Apart from this, the books including Pragat Bhaye Guru Tegh Bahadur, Guru Tegh Bahadur Ji Di Paawan Jeevan Yatra, and Sri Paonta Sahib Da Khooni Saka were also released for the sangat. 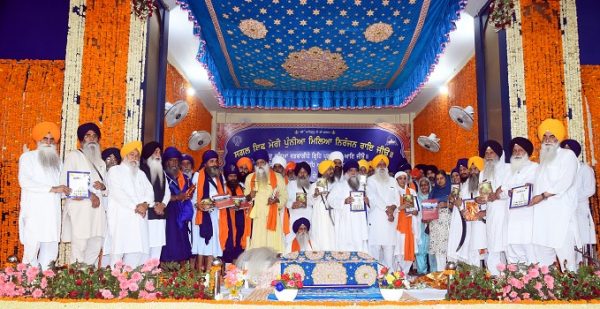 For the sangat that could not reach and attend the events, the SGPC had arranged live broadcasts through various channels due to the Covid-19 pandemic.

In connection with the birth anniversary of Guru Tegh Bahadur Sahib, Jalau (pomp-show) were organized at Sachkhand Sri Harmandar Sahib, Sri Akal Takht Sahib and Gurdwara Baba Atal Rai Sahib, in which historical objects of Toshakhana (treasure house or chest) were displayed for the glimpse of the sangat. Meanwhile, sangat paid obeisance at Gurdwara Guru Ke Mahal and Sachkhand Sri Harmandar Sahib. Gurbani Kirtan continued to be sung at Gurdwara Guru Ke Mahal. Langars (community kitchens) were arranged for the sangat by the SGPC and various dignitaries. The shrine of Guru Sahib was decorated with beautiful flowers on the occasion of the centenary celebrations. Apart from the roads leading to Gurdwara Guru Ke Mahal, reception gates were also set-up in the city.

Personalities who attended this historic event