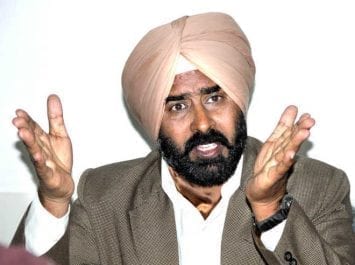 Joining the issue a day after certain Congress MLAs, including him, met the CM at his farmhouse at nearby Siswan village, he said, “It’s been four years, Congress government could not deliver justice to the community on this sensitive and emotive issue, and we stand at the same place right now as we stood four years ago”.

“It is very unfortunate that the Shiromani Akali Dal (SAD) is making celebrations on the verdict of Punjab and Haryana High Court, that quashed probe conducted by IG Kunwar Vijay Partap Singh-led Special Investigation Team (SIT). The incidents that left long-lasting wounds on the sentiments of the people took place during the regime of the SAD. I would like to ask its leaders for what reason they are making celebrations? However, Congress is also facing the same situation as being faced by the SAD”.

While interacting with the media today, Pargat Singh said, “Irrespective of how we worked hard to ensure justice in the case, the Chief Minister being Captain of his team must own responsibility for zero outcomes. If the probe was challenged in the High Court, whose duty it was to tackle this challenge and defend the probe?”

“I asked the CM during the meeting not to cover up the matter but to identify the real problem. At least we should introspect. The time is passing, and we are losing it. So, we must ensure the culprits are put but behind bars at the earliest. We cannot expect the things from Captain Amarinder Singh that he is doing being an administrator. After all, we need justice at all”, he said.

Replying to a query on the statement, wherein Captain Amarinder Singh dared Navjot Singh Sidhu to contest elections from Patiala against him, he said, “There was no need to make such a statement for the stature like CM who is like father whole state. Would the issue be resolved if Sidhu contests elections against him?”.

Notably, the CM is facing backlash from the Sikh masses in Punjab due to his failure to defend the probe of post-sacrilege Police firing incidents in which Parkash Badal and his son Sukhbir Badal are accused. After Sidhu, Pargat Singh has also trained guns on him in a rebellious tone.