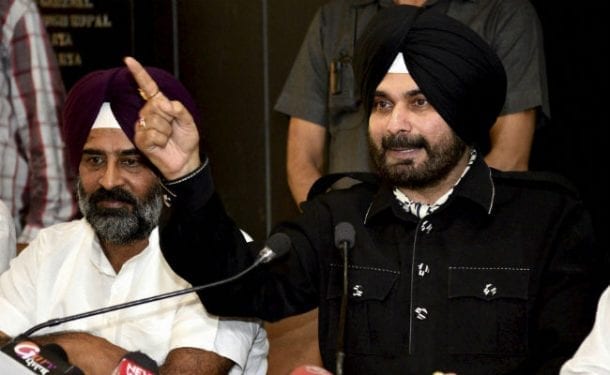 Cricketer-turned-politician Navjot Singh Sidhu today demanded a fast-track court for day to day trial to ensure justice in the case of Guru Granth Sahib’s sacrilege that happened in Bargari village of Faridkot and the Police firing that killed two Sikhs peacefully demonstrating to seek justice in the case.

In a post shared on FB, Sidhu said, “We have a choice, either to accept Hon. High Court’s Judgement or appeal against it in the Hon. Supreme Court … But the problem all along has been the same – INTENT & DELIBERATE DELAY, It is not about forming another SIT but what have the SITs achieved in the past 6 years ? History has shown that Re-Investigation by the same agency compromises the case, makes the guilty wiser by allowing them a second chance to defend. Yet if the Govt decides, it should ensure fair & time bound investigation, and set up a “Fast-Track Court” for a day to day trial”.

“Armed with India’s most competent Lawyers is the only way, without delay to make the Government accountable and transparent in the public eye on this very important emotive issue, which should have been a top priority from day one or else this could lead to irreparable damage”, he added.

Through his tweets and other social media posts, Sidhu has intensified his drive to press the Captain Amarinder Singh-led Punjab government to ensure justice in the case following Punjab and Haryana High Court quashed the probe conducted by IG Kunwar Vijay Partap Singh-led SIT in Kotakapura and Behbal Kalan Police firing incidents.

Here are some tweets he shared in the last few days: