JAMMU, J&K—Almost after four weeks of legal battle, Jammu based Sikh youth Jugraj Singh has succeeded in securing a Court order directing the SHO Bahu Fort police station to register an FIR against NIA’s DSP Chekpal Sherawat. On March 26, Sikh youth Jugraj Singh was brutally tortured by DSP Chekpal Sherawat while misusing the power conferred to him by law. 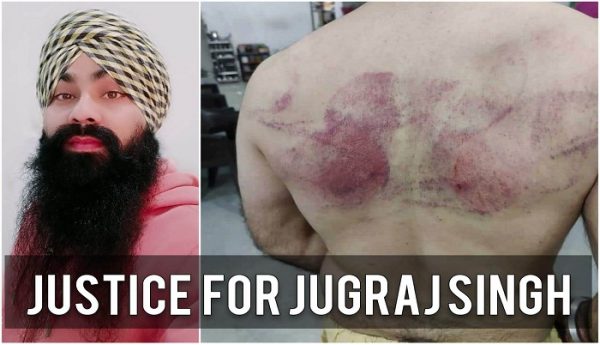 On April 22, the City Judge of Jammu made the direction to the SHO Bahu Fort police station to register FIR and investigate the case while exercising the power under section 156 (3) of Cr.P.C.

“The accused after committing the crime, threatened the applicant that he will kill in case the applicant or any other his family members lodged any complaint against him in police station but being the victim as well as innocent, law abiding citizen approached the concerned Police Station Bahu Fort, Jammu and immediately reported the matter with the concerned SHO Police Station Bahu Fort, Jammu, but the police has refused to initiate any legal action against the accused person and also declined to register the criminal case against the accused for the reason best known to them as such the applicant thereafter also approached the S P South Jammu as well as SSP Jammu with written application/report dated 05-04-2021 but the said officers too have not taken any legal action/initiative against the accused,” further reads the judgment.

It is pertinent to note here that the United Sikhs helped Jugraj Singh in fighting this legal battle for justice by providing him legal counsel.