NEW DELHI, India—The legal team of DSGMC today succeeded in securing bail for two more youth farmers namely Harjot Singh and Jaspreet Singh who were framed by the Delhi police in an FIR pertaining to violence that occurred at Red Fort on January 26. Notably, the legal team of DSGMC has been struggling to secure bail for almost all the farmers indicted by the Delhi police. 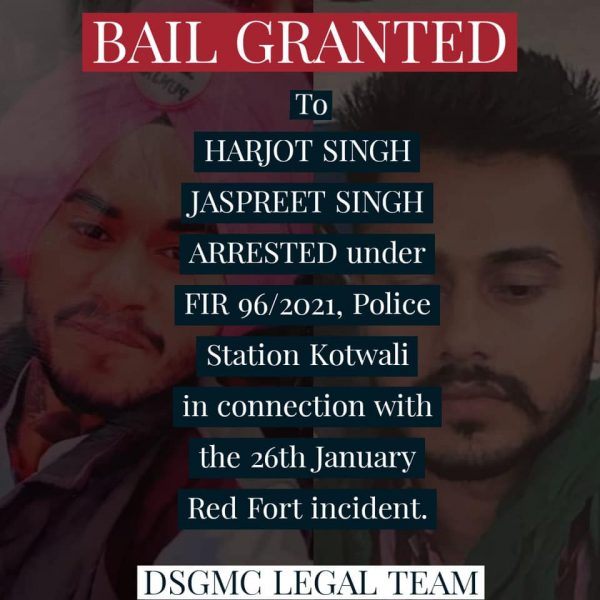 It is pertinent to note here that the legal team of DSGMC has succeeded in getting released a majority of the farmers framed by the Delhi police including Ranjit Singh, charged under attempt to murder.