Rejecting 356 out of the total 793 applications endorsed by the apex Sikh body SGPC, Pakistan’s Islamic government has granted visas to 437 Sikh devotees for celebrating Vaisakhi in Pakistan. However, it is still unsure whether the Indian government would allow these devotees to cross the Indo-Pak border. 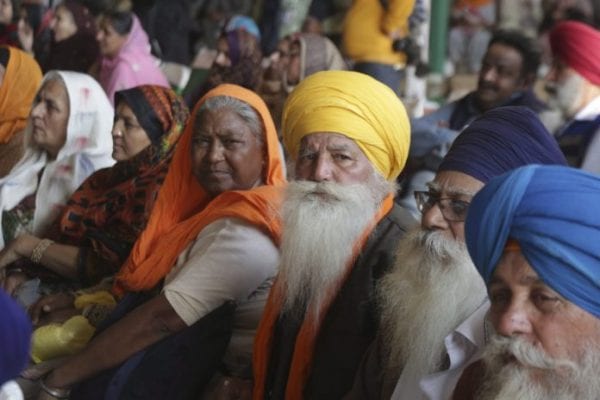 In total, the Pakistan government has granted visas to around 1,100 Sikh devotees for celebrating Vaisakhi.

Sharing the development with the media, SGPC’s additional secretary Partap Singh informed that the SGPC had sent visa applications of 793 Sikh devotees to the Pakistan Embassy through their official channel. “The names of 356 Sikh devotees have been removed by the Union government, Punjab government, and Pakistan consulate,” he added.

Balwinder Singh, secretary of SGPC’s pilgrimage department, informed that the visa-stamped passports of devotees would be handed over to them on April 10, i.e., after Covid-19 testing on April 9 and 10.

“On April 12, the jatha of Sikh devotees will be departed for Pakistan from SGPC’s headquarters to celebrate Vaisakhi,” he added.

As the SGPC has been continuously backing farmers’ agitation, the BJP likely led the Indian government may again deny permission to Sikh devotees under the garb of COVID-19 or security issue.

On the other hand, the Pakistan government has banned all the Pakistani Sikhs as well as its others from attending Vaisakhi celebrations inside Gurdwara Sri Panja Sahib.

However, the serving and former PSGPC officials will be allowed to attend these celebrations.

The pilgrimage schedule for the Indian Sikh devotees is as follow:

April 19: Visit Gurdwara Kartarpur Sahib Narowal (By Road) along with Night Stay there

April 20: Depart for Gurdwara Rori Sb, Eminabad, and Back to Lahore (By Road)

April 22: Departure for India via JCP Wahga to Attari India (By Road)