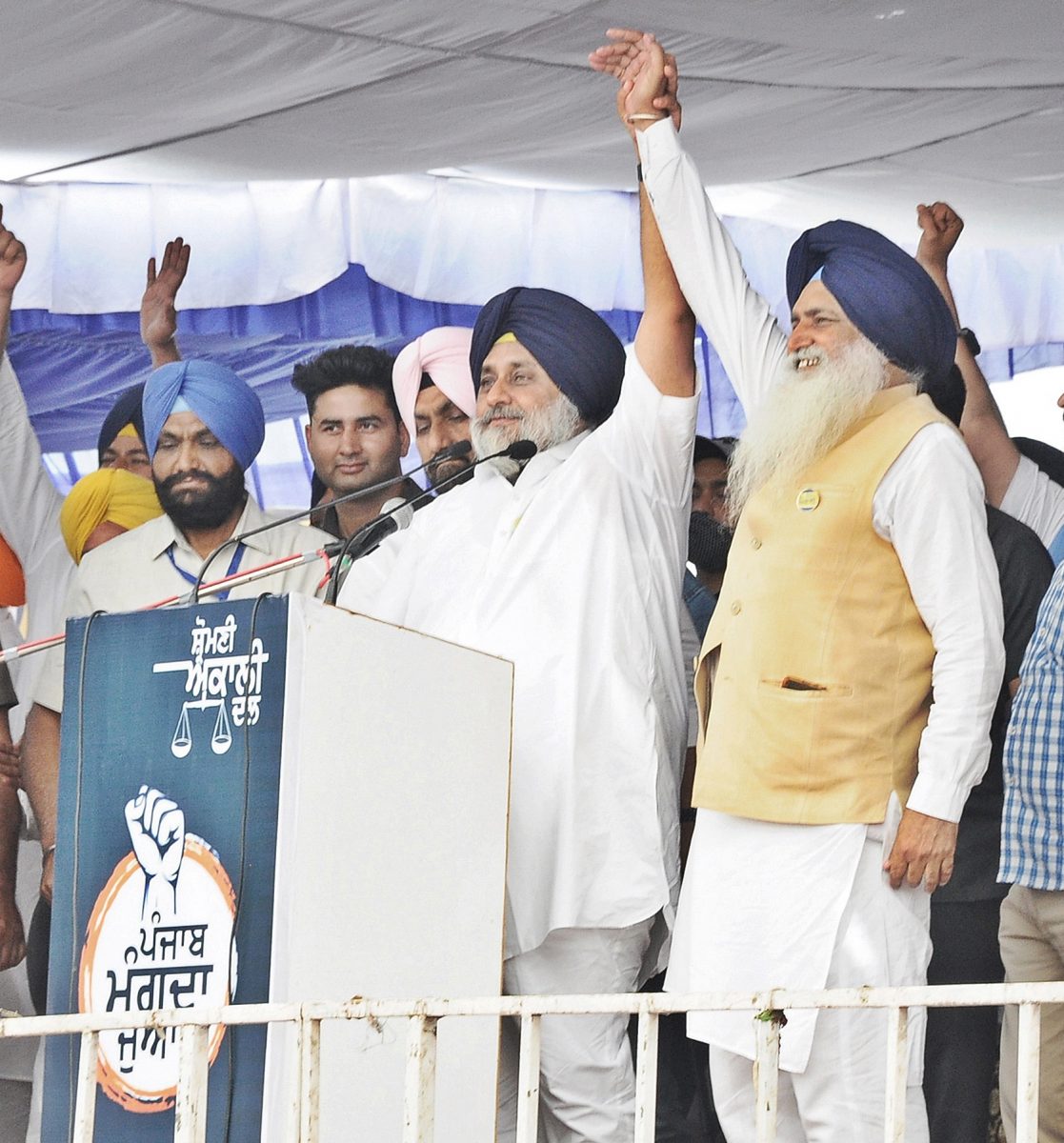 The SAD President, who was addressing an impressive rally held at Amarkot village of Khemkaran, said the announcement was done after the people unanimously supported Valtoha’s candidature. His move is a major setback to Kairon who announced to field one of his family members from this constituency challenging the claim of Valtoha.

Thus, Sukhbir supported Valtoha in the battle between Valtoha and Kairon, who is also grandson of former Punjab Chief Minister Partap Singh Kairon.

Khemkaran is the home turf of Valtoha from where he has been elected an MLA twice. Though he faced debacle in last 2017 assembly elections, he gradually regained his lost base by working there tirelessly. However, in an unexpected move, Kairon started conducting meetings in this constituency challenging his party colleague who is also spokesman of the party and considered as a strong leader of the party.

p style=”font-weight: 400;”>He also announced that the SAD (B) would not have any truck with the BJP in the future also. Virsa Singh Valtoha also delivered a riveting speech on the occasion.