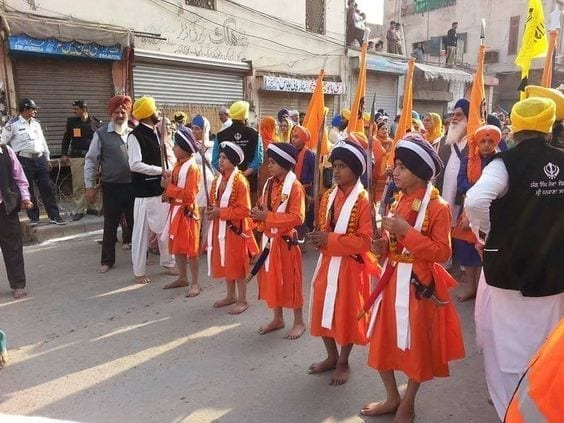 In a press note shared with Sikh24, SGPC’s honorary chief secretary Advocate Harjinder Singh Dhami has revealed that the Sikh pilgrims will cross the Indo-Pak international border via Attari-Wagah Integrated Check Posts on April 12. “All these Sikh pilgrims will attend Vaisakhi celebrations at Gurdwara Sri Panja Sahib in Hasan Abdal on April 14,” he added.

Revealing the further schedule of their journey, Dhami informed that the Sikh pilgrims will be taken to Gurdwara Janam Asthan Sri Nankana Sahib and Gurdwara Sacha Sauda on April 15 and 16 respectively.

“On April 17 and 18, they will have a glimpse of Gurdwara Dehra Sahib in Lahore while on April 19 and 20, they will pay obeisance at Gurdwara Sri Kartarpur Sahib and Gurdwara Sri Rodi Sahib (Aimnabad) respectively,” he added.

“They will b routed back to Gurdwara Dehra Sahib (Lahore) on April 21 from where they will return to India on April 22,” informed Dhami.

Although the SGPC has begun preparations for celebrating Vaisakhi in Pakistan still there is no surety that the Indian government will allow Sikhs to cross the border.

Last month, the Indian government had barred Sikhs from attending the centenary of Saka Nankana in Pakistan at the last moment while citing “security issues”.

As the Sikhs brought the ruling saffron section of India on toes over controversial farm bills, the BJP led Indian government is not missing any “opportunity” to exploit Sikhs by depriving them access to their historic shrines in Pakistan.