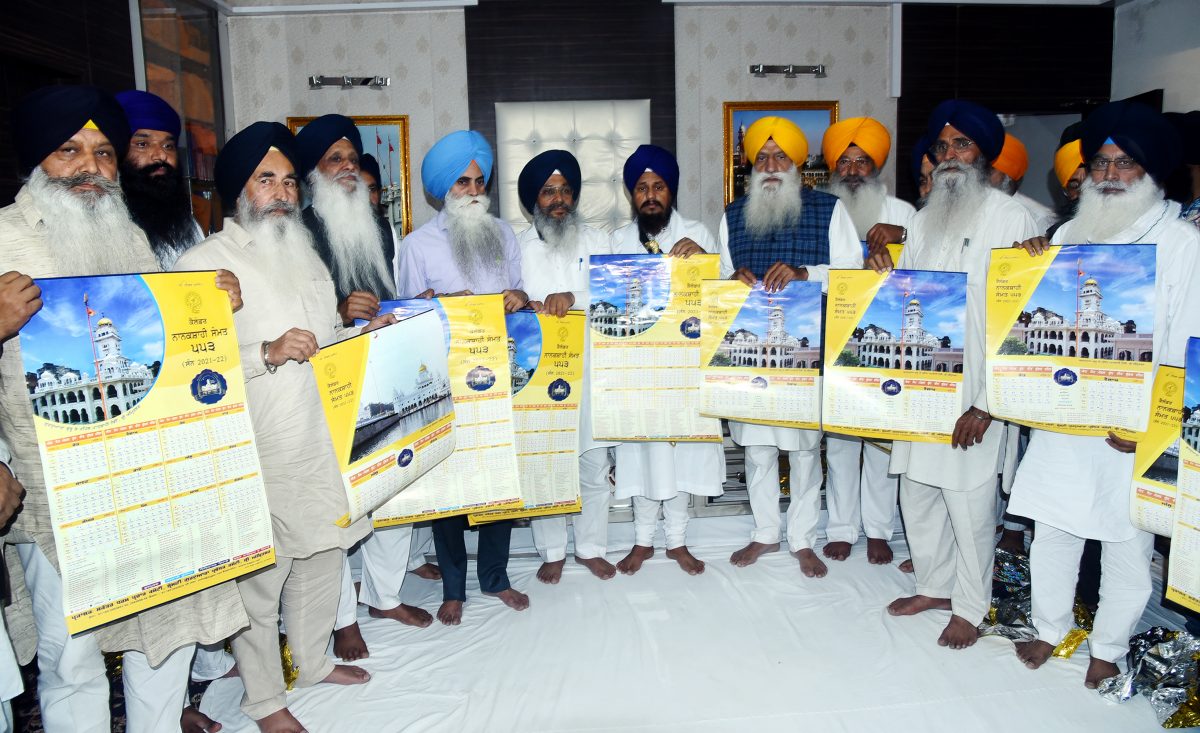 The Sikhs are divided over the calendar issue. One section follows the original version adopted by the SGPC in 2003 and other considers its “amended” version that replaced the original one in 2010, thanks to the pressure over the SGPC from Harnam Singh Dhumma-led Sant Samaj which was in alliance with the Shiromani Akali Dal (SAD) that time to contest the SGPC elections.

However, Giani Harpreet Singh gave no direct indication to resolve the serious issue and bring both the sections together. When asked repeatedly, he said the efforts are being made to resolve the differences among the Sikhs, but he did not talk about the calendar row specifically.  However, he also gave respect to the Sikh bodies including Pakistan Sikh Gurdwara Parbandhak Committee (PSGPC) for following original version of the Sikh calendar.

This year, the calendar is dedicated to the 400th birth anniversary of the ninth Sikh master, Guru Tegh Bahadur Sahib. The calendar, published by the Dharam Prachar Committee, of the Shiromani Gurdwara Parbandhak Committee (SGPC), contains pictures of holy places associated to the ninth Guru.

While releasing the calendar at the secretariat, Giani Harpreet Singh appealed to the Sikh community to observe Gurpurabs (Guru’s birth anniversaries) and other historical days according to this calendar.

Congratulating on the occasion of Nanakshahi New Year, Giani Harpreet Singh said, “The sangat should organise Gurmat Samagam (religious programmes) on the occasion of Nanakshahi Year every year as per Sikh tradition. The 400th birth anniversary of Guru Tegh Bahadur Sahib on May 1, 2021 would be celebrated by the entire Sikh world in Khalsa Jaho-Jalal (awe-aspiring appearance). I appeal to the sangats including Sikh institutions and sampradas to be active in the celebration of the historic birth anniversary of Guru Sahib Ji and to participate fully in the ceremonies to be held in this regard.”

Jathedar Sri Akal Takht Sahib said that Guru Tegh Bahadur Ji has given great gift for humanity, which must be delivered from house to house.