NEW YORK, USA—The Freedom House, an independent watchdog organization dedicated to the expansion of freedom and democracy around the world, has downgraded India’s numerical score in the annual report named Freedom in the World while categorizing it as a partly free country. 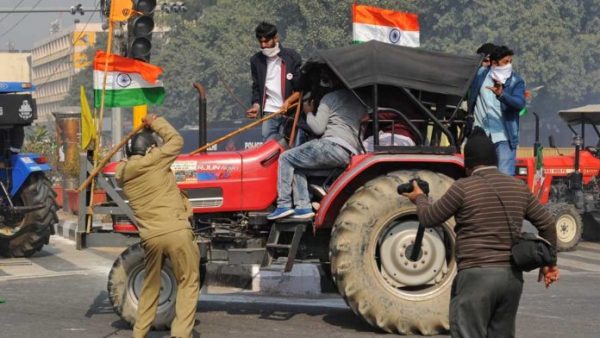 The Freedom House’s report has reduced the score of India from 71 to 67 due to prevailing discriminatory policies against Muslims and dissenting voices.

“India’s status declined from Free to Partly Free due to a multiyear pattern in which the Hindu nationalist government and its allies have presided over rising violence and discriminatory policies affecting the Muslim population and pursued a crackdown on expressions of dissent by the media, academics, civil society groups, and protesters,” remarks the report.

This report has been assessed on the basis of the following seven perspectives:

The Freedom House’s report fully accepts the transparency of the electoral process in India while giving 4 out of 4 points, but it downgrades the Indian government for threatening the political rights of Muslims.

“The political rights of India’s Muslims continue to be threatened. In December 2019, Parliament adopted the Citizenship Amendment Act (CAA), which grants special access to Indian citizenship to non-Muslim immigrants and refugees from neighboring Muslim-majority states. At the same time, the government moved forward with plans for the creation of a national register of citizens. Many observers believe the register’s purpose is to disenfranchise Muslim voters by effectively classifying them as illegal immigrants. Importantly, Muslims disproportionately lack documentation attesting to their place of birth. Undocumented non-Muslims, meanwhile, would be eligible for citizenship through a fast-track process under the CAA,” notes the report while adding that the citizenship status of nearly two million residents of Assam remains in doubt after a citizens’ register was finalized in the northeastern state in 2019.

The report grants 2 out of 4 points to India on strong and effective safeguards against corruption and 3 out 4 for operating with transparency and openness.

Granting 2 out of 4 points on freedom of speech and expression, the report says authorities have used security, defamation, sedition, and hate speech laws, as well as contempt-of-court charges, to quiet critical voices in the media. “Hindu nationalist campaigns aimed at discouraging forms of expression deemed ‘antinational’ have exacerbated self-censorship,” it adds.

“Journalists risk harassment, death threats, and physical violence in the course of their work. Such attacks are rarely punished, and some have taken place with the complicity or active participation of police. Two deadly attacks on journalists were reported in 2020, according to the Committee to Protect Journalists (CPJ). No journalists were killed in connection with their work in 2019, but five were murdered in 2018, and four in 2017,” maintains the report.

India’s ranking has been downgraded due to the frequent use of sedition and other charges in recent years to deter free speech, including discussion of discriminatory citizenship law and the COVID-19 pandemic.

“While Hindus make up about 80 percent of the population, the Indian state is formally secular, and freedom of religion is constitutionally guaranteed. However, a number of Hindu nationalist organizations and some media outlets promote anti-Muslim views, a practice that the government of Prime Minister Modi has been accused of encouraging. Attacks against Muslims and others in connection with the alleged slaughter or mistreatment of cows, which are held to be sacred by Hindus, continued in 2020. The nonprofit group IndiaSpend documented 45 killings by cow vigilantes between 2012 and 2018. More than 120 cases of cow-related violence, including lynchings, have been reported since Modi came to power, and the BJP has faced criticism for failing to mount an adequate response,” reads the report of Freedom House.

“In 2020, during the early weeks of the COVID-19 pandemic, the country’s Muslims were widely and speciously blamed for spreading the coronavirus, including by ruling-party officials. Separately, in September, 32 individuals charged with orchestrating the illegal 1992 demolition of a prominent mosque in the state of Uttar Pradesh were acquitted by a special court, despite substantial evidence of their culpability. Among those exonerated were several high-profile members of the BJP. Modi had laid the foundation stone for a new Hindu temple on the site a month earlier, after a long-awaited 2019 Supreme Court judgment had permitted the construction of a temple there. The mosque had stood on the site for centuries prior to its unlawful destruction,” it further reads.

The score of the Indian judiciary has also been decreased from 3 to 2 for showing signs of increasing politicization and corruption.

“Several key Supreme Court rulings in recent years have been favorable to the BJP, including the 2019 decision allowing the construction of a Hindu temple on the site of a historic mosque, and the court’s March 2020 decision to deny bail to a scholar and prominent critic of Modi who was charged with supporting a banned Maoist group,” notes the report.

The report further downgrades India due to an excessively harsh pandemic-related lockdown that triggered the displacement of millions of low-paid migrant workers under dangerous conditions and featured violent and discriminatory enforcement by police and civilian vigilantes.