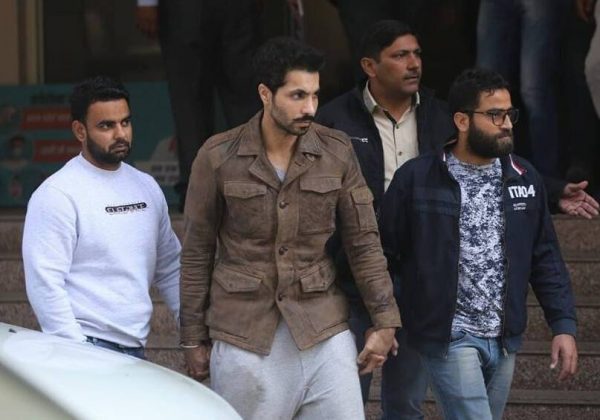 After ensuring the release of many farmers arrested by the Delhi Police in connection with the incidents that happened in Delhi on January 26, the Delhi Sikh Gurdwara Management Committee (DSGMC) today announced that it was committed to providing entire legal assistance to film actor-turned-activist Deep Sidhu who the Police arrested as “prime accused” of the incidents.

On his Facebook page, the DSGMC president Manjinder Singh Sirsa, “Many people have called me to ask about Deep Sidhu. I wish to update you all that I had a telephonic talk with him the day he was remanded. He is perfectly fine, health-wise. I have assured him that DSGMC will provide all legal assistance and ensure that he is out of jail soon”.

Sidhu, who, along with other Punjab youths, hoisted ‘Nishan Sahib’ (Sikh flag) atop Red Fort at Delhi, was arrested by the Police after announcing Rs’ reward. 1 Lakh for giving information about him. The Police projected him ‘villain’ of “violence” and “anti-national” activities. The Police stated that he (Sidhu) instigated the mob to indulge in violence. Now, Sidhu is in Tihar Jail.

Replying to a query of the news anchor during a Web TV interview, Sirsa said, “When I talked to Deep Sidhu, I told him that we would firmly stand with him. We are ready to spend crores of rupees to get him released from jail if the need arises. Also, if the need arises, we will hire prominent lawyers to pursue his case. I am in touch with his brother Mandeep Singh Sidhu. I told him as well that we would not step back from standing with him”.

For his dissenting voice with the farm union leaders leading the unprecedented agitation on the borders of India’s national capital, Sidhu was branded as a “traitor” of the farm movement by these leaders. Stand against him drew criticism from the Punjabi society. After Sidhu was arrested and booked by the Police, the leaders had to soften their stand toward him under pressure from society. The left-wing leaders had played a key role in vilifying Sidhu.

p style=”font-weight: 400;”>Now, the DSGMC’s stand in his support is being hailed worldwide by the Punjabi community and has shut the mouths of his opponents. It has already constituted a panel of lawyers to pursue cases of those arrested by the Delhi Police.