The Indian government’s move of debarring Sikh pilgrims from visiting historic gurdwaras in Pakistan and attending the centenary event of the Nankana Sahib massacre at the birthplace of Sikhi’s founder Guru Nanak Sahib brought tears in their eyes when they had to return from here without having historic gurdwaras’ darshan they were seeking for a long time.

Jatha of nearly 700 members was scheduled to leave for Pakistan today (February 18, 2021). The Shiromani Gurdwara Parbandhak Committee (SGPC) on the Indian side and the Pakistan Sikh Gurdwara Parbandhak Committee (PSGPC), along with different Pakistan departments government on the other side of the international border, did full preparations to facilitate the pilgrims. However, the Ministry of Home Affairs, Government of India, denied the jatha permission to go Pakistan at the eleventh hour, leaving its members in shock. It sent a letter through email on Wednesday evening to intimate the denial.

Some of the pilgrims who were not aware of the denial and stayed in the serais of Sri Harmandar Sahib got ready with excitement and religious fervor as per the scheduled time of the departure from the holiest Sikh shrine. When they reached the SGPC head office to collect their passports, they were shocked to hear about the pilgrimage’s cancellation for which they were doing preparations for the last month.

Tears were seen falling from the eyes of male and female pilgrims on the premises of the SGPC head office. “Earlier, we heard about slavery of the Sikhs in this country, but now we have realized that Sikhs are a slave in India,” said Jagsir Singh, one of the pilgrims, while expressing his sentiments.

Preventing the Sikhs from visiting their historic shrines, separated from them during the 1947 partition, deeply hurt the Sikhs across the world.

Another pilgrim named Sukhpreet Singh of village Talwandi Bhai of Ferozepur district said, “On hearing about the ban on the jatha bound for Nankana Sahib, we are not able to stop ourselves from sobbing. Had we been not allowed to go there, the government could have intimated us 10 days ago. We were going with great enthusiasm, but now we have to return. Which face will we show to the villagers when we go back to our village? Above all, the government has deprived us of paying obeisance at the gurdwaras, which is the matter of our faith”.

“Some devotees stated that this was a clear attack on the religious freedom of the Sikhs who are in the minority in India. This seems a conspiracy to harass the pilgrims amid the farmers’ stir going on at the borders of Delhi. The BJP government may have shown its anger over the big debacle faced by the saffron party in the civic bodies polls in Punjab”, he added.

Getting emotional while taking the passports back from the SGPC personnel, a woman pilgrim from Ludhiana said, “The decision of the union government has left us disappointed. It has shown the place of Sikhs in this country. This is excesses on a minority community”. 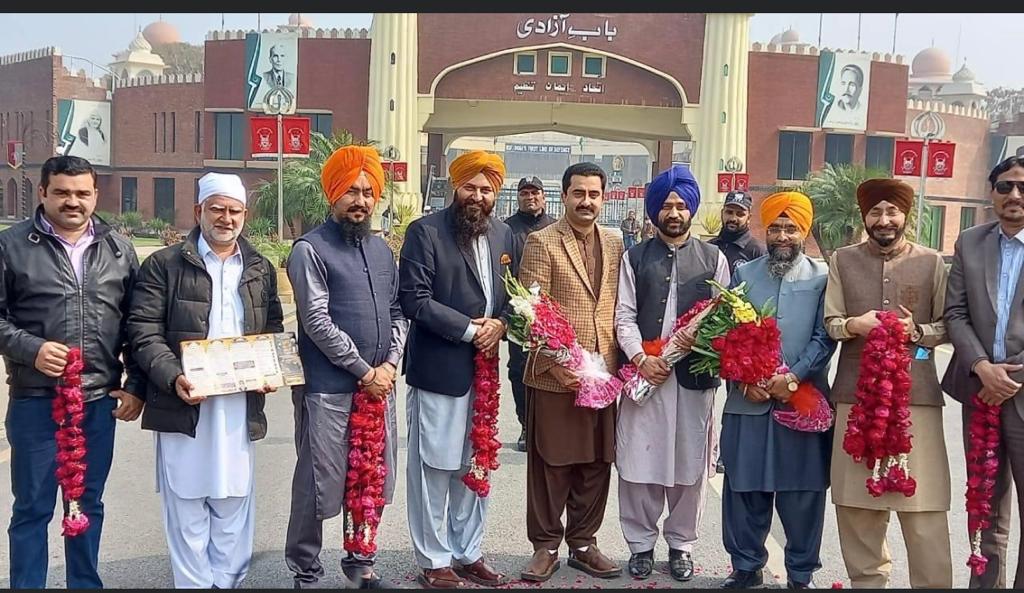 “When the Sikhs got control of Nankana Sahib after making sacrifices during the Saka (massacre), even Mahatma Gandhi had stated that they had won the first battle for the freedom of India. We were going to Pakistan to commemorate martyrs of this first battle”, said Kashmir Singh, another pilgrim.

Sohan Singh from Sirsa (Haryana) said, “The Sikhs made 80 percent sacrifices for the freedom of India, but the government has forgotten all that. Now, the Sikhs are being treated as if they are slaves here”.

On the other hand, the PSGPC and Pakistan authorities’ office-bearers came to the Wagah border to receive the pilgrims, but the gates of India remained closed.