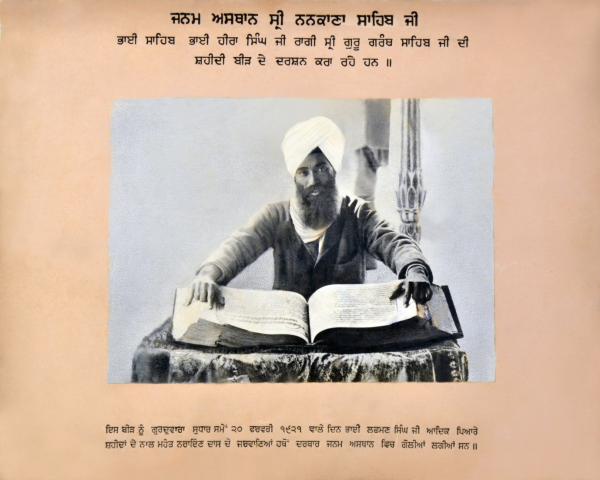 NANKANA SAHIB, Pakistan—In the wake of the upcoming Saka Nankana’s centenary, the Pakistani Sikh leaders have asked the apex Sikh body Shiromani Gurdwara Parbandhak Committee to send the vandalized saroop of Sri Guru Granth Sahib so that the Sikh sangat could have a glimpse of this holy saroop. Notably, this holy saroop was vandalized with the bullets fired by Mahant Narainu’s armed goons during Saka Nankana.

The Pakistan Sikh Gurdwara Parbandhak Committee is all set to mark the 100th anniversary of Saka Nankana on February 21 this year.

Speaking to Sikh24, PSGPC’s former president Bishan Singh informed that the SGPC had carried this holy saroop to Amritsar during the Indo-Pak partition of 1947 and it has come to fore that the sacred Angs of this holy saroop have now started crumbling.

It is pertinent to note here that the SGPC had assigned the Kaar Sewa of preserving such holy saroops to Hazoor Sahib based Kaar Sewa sect headed by Baba Balwinder Singh and Baba Narinder Singh in February 2014. They had deployed expert artisans to preserve these holy saroops.

At present, all these saroops including the above-mentioned one are being looked after under the supervision of experts patronized by Giani Gurmukh Singh.

Sardar Bishan Singh informed that he has talked to the SGPC appointed Akal Takht Jathedar Giani Harpreet Singh for sending this saroop to Gurdwara Janam Asthan Sri Nankana Sahib and he has made the direction for completing the Kaar Sewa of this holy saroop at the earliest.