CHANDIGARH, Punjab—The SGPC appointed Akal Takht Jathedar Giani Harpreet Singh has said that the Indian state’s outcry over hoisting of Kesri flag in Red Fort is totally baseless as the Kesri flag (aka Nishan Sahib) is a religious symbol. 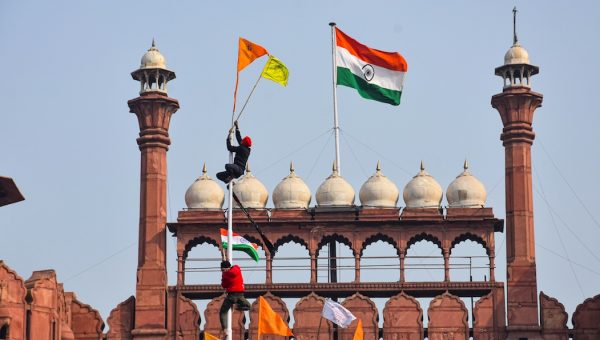 In a video message released today, Giani Harpreet Singh has said that dubbing Kesri flag as a symbol of Khalsitan can’t be justified in any way.

“The Kesri flags are hoisted over the walls of Red fort every year when Sikhs celebrate Delhi Fateh Diwas. The Sikh regiment of the Indian army also hoists the Kesri flag along with India’s national flag i.e. tricolor,” he said.

“During the republic day parade on the same day, one of the tableaus was dedicated to the ninth Sikh master Sri Guru Teg Bahadur Ji in which a beautiful model of Gurdwara Sahib was displayed. In this model, two Kesri flags were also hoisted,” he added.

Giani Harpreet Singh further said that the Kesri flag is a religious symbol which stands against the evils. “The Kesri flags are hoisted to denote a place which is always available to the needy and meek people for their help in every possible manner,” he added.

He has said in clear words that hoisting Kesri flags is not a crime at all and vilification against anyone on this ground can’t be justified.

It may be recalled here that a section of farmers dissenting with the Sanyukt Kisaan Morcha had hoisted Kesri flags over Red fort on January 26 after which the Indian state machinery created hue and cry over this incident.

Around 33 FIRs have been registered by the Delhi police against agitating farmers including several farmer leaders like Rakesh Tikait under UAPA and sedition charges.

It is learned that the Delhi police’s anti-terrorism squad has become active to relate farmer leaders with “anti-national” powers to torpedo farmers’ agitation against unconstitutional farm laws.