CHANDIGARH, Punjab—On January 13, the Patiala based Court of Sessions Judge Rajinder Aggarwal granted bail to Punjabi singer Pawandeep Singh aka Shree Brar who was arrested by the Punjab police on January 7 under the charges of promoting gangsterism and gun culture. It is learned that the Court has instructed Shree Brar not to sing provocative songs in future. 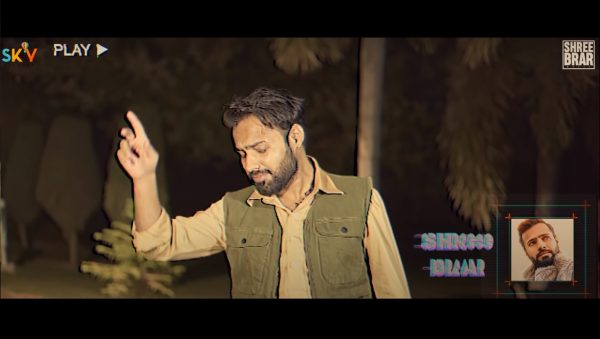 The Punjab police had booked Shree Brar on the basis of his old song titled “Jaan” which was released in November last year. Brar was accused of threatening police by barging into Nabha police station and rescuing a murder accused on gunpoint in the video of this song.

It is believed that the Punjab police targeted Shree Brar under pressure of the Indian Home Minister Amit Shah due to the wording sung by him in pro-farmers song named “Kisaan Anthem”.

In this song, Shree Brar had sung that the Sikh flags will remain unfurling forever while reminding Indian state of dictatorial attitude of IS chief Abu Bakr al-Baghdadi.

In the main lines of “Kisaan Anthem”, several singers had given a sarcastic comment about Godi Media’s working.

As the Punjab police couldn’t find any excuse in his pro-farmers song to frame him so it used his old song as an excuse to target him.

Interestingly, Punjab CM Captain Amarinder Singh had also defended the arrest of Shree Brar while accusing him of promoting gun culture. “Shree Brar’s good work now could not condone the negative impact of his old song encouraging youth to pick up guns,” he said.

However, the Punjab police’s inaction against scores of other singers, who have been promoting “gangsterim and gun culture” for many years, exposes its hypocritical approach and make it sure that Shree Brar was targeted for other reasons.