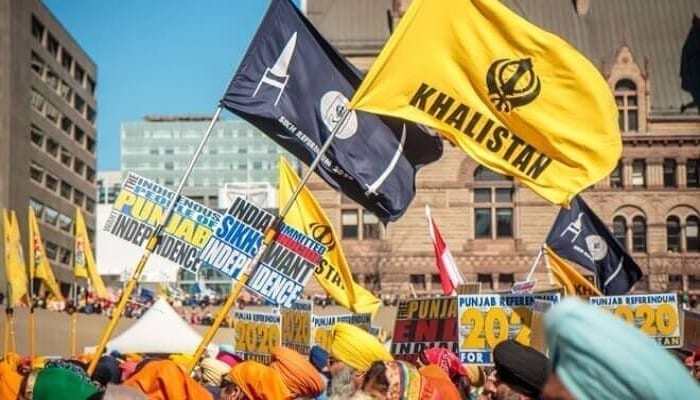 Though Khalistan, an independent Sikh state, is not an issue of the ongoing farmer agitation against three farm laws enacted by the Indian Government, India’s union government has officially brought this narrative to the fore. Some analysts interpret this move by India as a strategy to crush the agitation and shirk its basic duty and responsibility to address the concerns of farmers to whom it considers citizens of the country.

Through its legal representative Attorney General KK Venugopal, during the hearing on pleas challenging the constitutional validity of farm laws, the government claimed that ‘Khalistanis’ had infiltrated the ongoing farmers’ protest Delhi borders.

Venugopal’s claim came in response when the Bench headed by Chief Justice of India S A Bobde enquired about the charges by one of the parties that a banned outfit, ‘Sikhs For Justice,’ was aiding the protests. “If there is an infiltration by the banned organization, and somebody is making an allegation here on record, you have to confirm it. You file an affidavit by tomorrow,” the Chief Justice of India told the Attorney General.

Following this claim that was termed ridiculous by the farmers’ well-wishers, the word “Khalistanis” remained trending on Twitter. By submitting this claim, the government endorsed the vilification of the unprecedented agitation by Hindutva elements.

The government’s claim is contrary to one of the BJP’s most senior leaders and minister, Rajnath Singh, who had categorically stated last week that it was wrong to paint the peacefully agitating  farmers “as Khalistanis or ideological extremists.”

GOKHALE SEEKS INFORMATION REGARDING PRESENCE OF KHALISTANI ACTIVISTS IN AGITATION

After the Attorney General’s claim, transparency activist, and investigator, Saket S Gokhale has sought information from the government under the Right to Information Act, 2005, regarding Khalistani activists’ presence in the agitation. The points under which he sought the information are given below:

Sharing the RTI application on Twitter, he states, “Ok, In that case, let the Modi Govt (especially the Home Ministry) respond to this RTI of mine and state on record as to who they determined the presence of Khalistanis at farmers’ protests and what action has been taken. If not, the Union of India would stand guilty of perjury”. 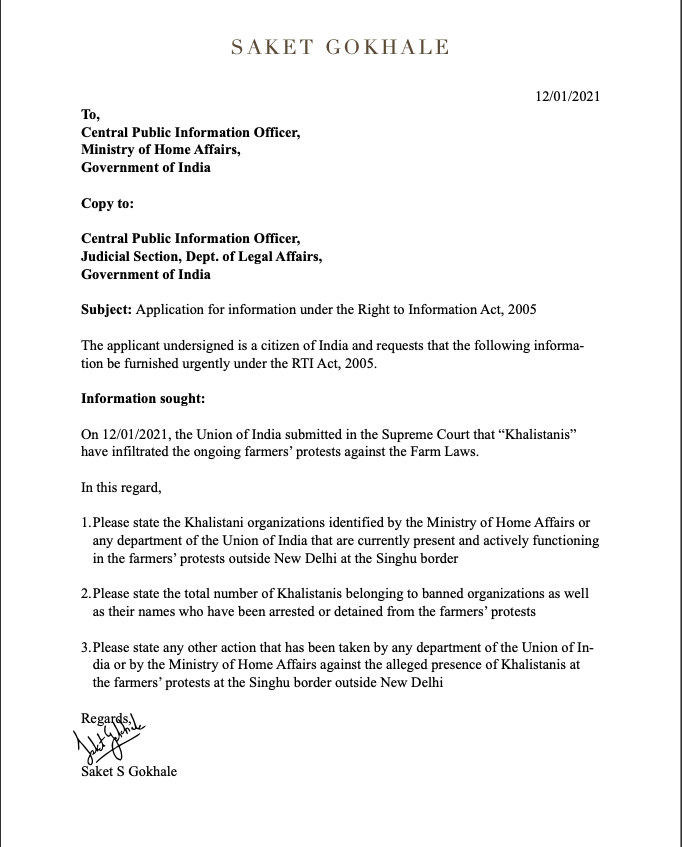 PLACE MY NAME AT FIRST IN YOUR LIST OF KHALISTANIS: FORMER PATIALA MP

Meanwhile, former Patiala member of Parliament (MP) and pro-Punjab crusader Dr. Dharamvira Gandhi, in a befitting manner, has taken on Solicitor General Tushar Mehta. At the end of the hearing of the case in the top court, Mehta had reiterated that the government has been saying that anti-nationals have joined the protest to spread apprehension about the farm laws. 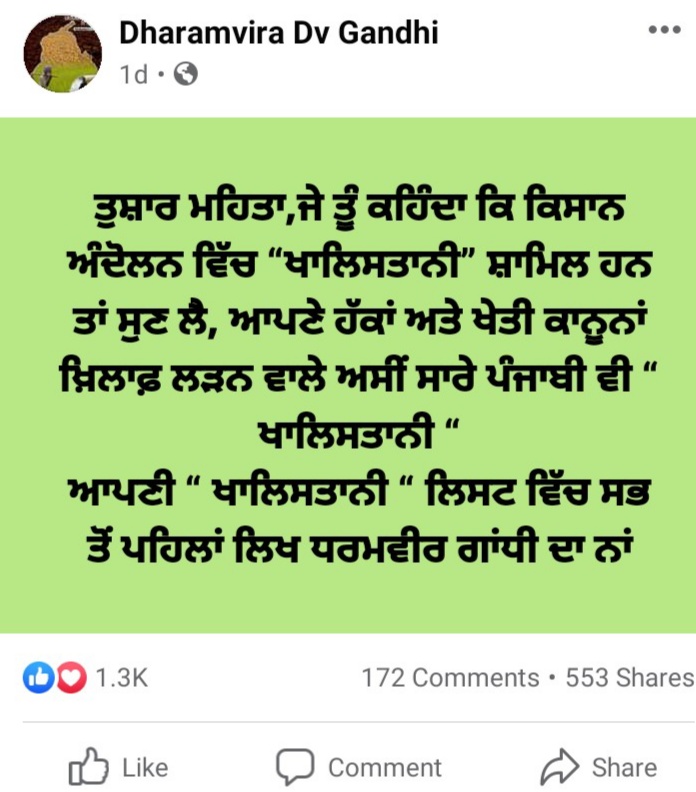 ‘BRINGING KHALISTAN NARRATIVE COULD BE STRATEGY TO CRUSH FARMERS STRUGGLE’

Veteran English journalist and author of several books on Khalistan movement witnessed by Punjab in the 1990s, Jagtar Singh said, “Bringing in Khalistan narrative during a Supreme Court debate could be part of the strategy of the centre to crush farmers struggle.”

“The status quo and the induction of Khalistan narrative by the government can further raise tension, and that situation must be avoided as part of the dharna on Delhi borders are thousands of old men, women, and children who have vowed not to return without the acceptance of their demand to repeal these laws,” he added expressing his views on his blog.

The SGPC member Kiranjot Kaur who is vocal against the establishment, said, “A very dangerous signal Modi government sending Punjab is AG Venugopal claiming the presence of ‘Khalistanis’ among farmers at Singhu/Delhi borders in Supreme Court. Remember Khalistani’s sons are guarding Indian borders. Playing communal games is not to the country’s advantage”.

Now, the question arises, “Will this strategy work in the present context work to counter the agitation?

The same strategy was adopted by the then Indian Prime Minister Indra Gandhi to crush Dharam Yudh Morcha, which was being undertaken by Sikhs to demand decentralization of powers in India’s union. However, learning lessons from the past, the Sikhs understand the government’s intentions very well now, if we go by their quick and sensible reactions to the claim of the government.