1. 3 farmers passed away today. Young farmer Luvpreet Singh aged 25 from Ferozpur passed away today.
2. Tikri Border this morning. Farmer Avtar Singh Of village Luhaha (Muktsar Sahib) passed away in his trolley due to heart attack.
3. Also at Tikri border, Village Lundewala’s Sardar Jagdish Singh Passed away today.
4. As expected the Supreme Court selected 4 member committee are 4 individuals who have already publicly stated they are in favour of the farm laws. (See pic below). This tactic is such a sham being done for propoganda purposes and shows how insincere the Modi govt approach is. As the Brahminised boa constrictor approach, they are trying to used everything to construct the farmers their rights. They already used lies, Godhi media, police, brute force and now Supreme Court.
5. Farmer leaders addressed a press conference today to clear their stand about the Supreme Court’s decision. One of the farmer leaders, Dr Darshan Pal said, “Last night, we gave a press note in which we said that any SC-appointed committee is not going to be acceptable to us.”
6. Farmers Unions have said that they will attend the meeting on 15th and that the protests will continue after 26th Jan as well. Rajewal said that farm unions don’t consider any committee’s findings as valid. He said that this is govt tactic to divert attention.
7. For anyone who still do not understand the Supreme court intervention is orchestrated by Modi, then please read the detailed explanation on this blog. Explained: Why farmers don’t trust Supreme Court. – Amaanbali’s Blog
8. In reference to court matter submitted by Delhi Police. Court said police can check the security arrangements for 26th Jan. Court cannot stop anyone to attend the Republic Day parade.
9. Union leader Rajewal has clarified that the intent is not to occupy Parliament or Red Fort. It will be a peaceful protest and world will witness it.
10. Nihang Singhs caught drunk Delhi Police officers. The Singhs said these police officers get drunk in evenings and come into the morcha site misbehaving and telling them that farmers will get a beating on 26th Jan. Today the nihang Singhs had enough and grabbed them. They paraded one of them in front of cameras to highlight the appalling behaviour of Delhi police.
11. There has been a clash outside factory between Police and laborers in Kundli area. Gunshot let off by police. Some singhs in background footage not clear, but we think it’s not linked to morcha.
12. Indian government file an affidavit citing the presence of Khalistani elements and funding by Sikh fir Justice to the morcha. Affidavit given to Supreme Court. This is seen to sway them to definitely go the way that zmodi wants and condemn the farmers, so it can be used to justify further actions by Modi.
13. Punjab Police vacates house of Sikh freedom fighter Baba Gurbachan Singh Manochahal after 28 years. The house was captured and illegally occupied as police post since 1990s.
14. RM Lodha has declined to be a part of panel recommended by Supreme Court. to find resolution of farmers issues. SC had discussed the formation of Panel of former CJI’s to find solution & had recommended his name.
15. Uk Foreign Office responded in writing to a letter by Lord Ahmed and SWAT sikh org about farmers protests. The letter that it’s an internal matter for India.
16. Abhay Chautala has submitted his resignation and has said that it should be considered resigned if demands of farmers are not met till 26th.
17. Punjab BJP leader Harjeet Grewal was heckled at restaurant where he had gone for lunch yesterday. He escaped through the backdoor.
18. Children and parents still steadfast in the morcha. Many children studying for exams.
19. Lakha Sidhana continues his tour of Punjab to get more support for the morcha and educate farmers on the issue.
20. Arnab Goswami still acting up on Republic TV but still not accepted the Sikh Press Association invitation for debate on an independent platform. 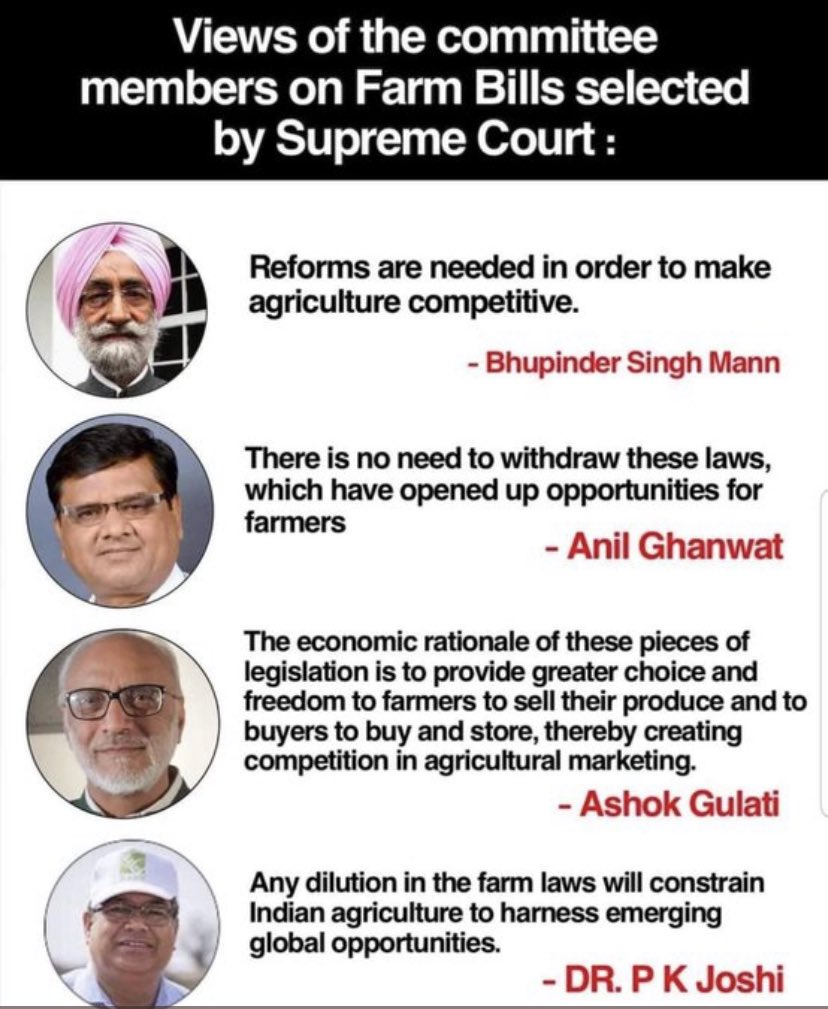