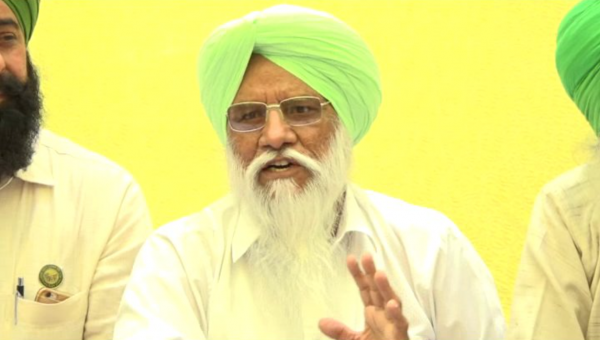 “A UK parliamentarian informed me over the phone that Boris Johnson canceled his visit after several MPs apprised him about the performance of ruling BJP led Indian government and farmers’ agitation in India,” said Rajewal.

It is pertinent to note here that the UK PM Boris Johnson had formally excused that his country was facing a strict lockdown due to the outbreak of Covid-19’s new strain, and it won’t be right for him to roam openly in such circumstances.

Balbir Singh Rajewal also revealed that the Indian government officials and ministers have openly asked them that they won’t repeal the trio farm laws during the meeting of January 8.

He further said that the Narendra Modi-led Indian government is still hoping that it will find the solution to farmers’ agitation without repealing these laws. “I want to make clear that we won’t end our struggle till the trio laws are not repealed.”

This past week, UK MP Tan Dhesi had also shared the news that over 100 UK lawmakers had penned an open letter to the UK Prime Minister expressing concern over the plight of Indian farmers at the Delhi borders. These lawmakers asked the UK PM to intervene and ensure these farmers’ basic human rights are not compromised.

Rajewal had earlier also received a letter earlier by former US President Jimmy Carter. Jimmy Carter had said that the farmers at Delhi borders were creating history and it was important for India to ensure the rights of the farmers were met.