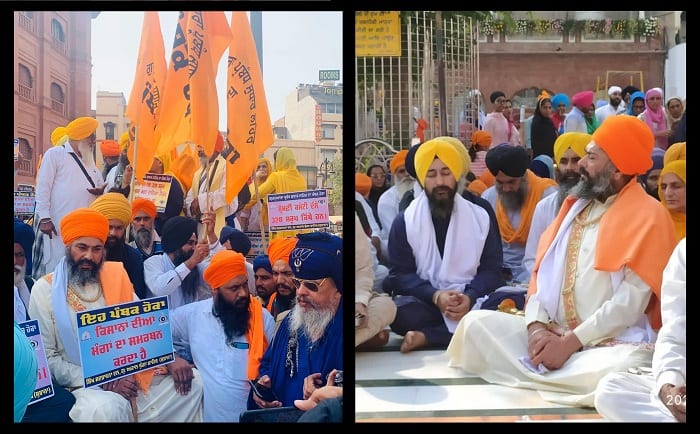 The move has come after the petition lodged by Sikh Sadbhawana Dal seeking registration of a case against those responsible for the missing 328 saroops of Sri Guru Granth Sahib Ji.

The Sikh Sadbhawana Dal has also been staging protests on Heritage Walk Street for the last two months seeking an FIR against those responsible for the missing 328 saroops of Sri Guru Granth Sahib Ji from SGPC’s publication house.

Sikh Sadbhawana Dal’s chief Bhai Baldev Singh Wadala has said that the sit-in-strike will continue till those responsible for the missing saroops don’t get indicted.

The SGPC had earlier handed over the probe of missing saroops to Dr. Eshar Singh of the Telangana court on the SGPC appointed acting Jathedar of Akal Takht Sahib, Giani Harpreet Singh. SGPC had sealed all records of its publishing house to assist with the investigations when the saroops of Sri Guru Granth Sahib Ji have been found missing. The incident came to the fore when assistant supervisor Kanwaljit Singh got retired in May this past year.

SGPC office-bearer Kanwaljit Singh had told Sikh24 that he was forced to issue holy saroops of Sri Guru Granth Sahib Ji without making entries in the record books. He has also claimed that more than 80 holy saroops got burnt in a fire incident at Gurdwara Ramsar Sahib in May-2016 while the SGPC disclosed damage of only 14.