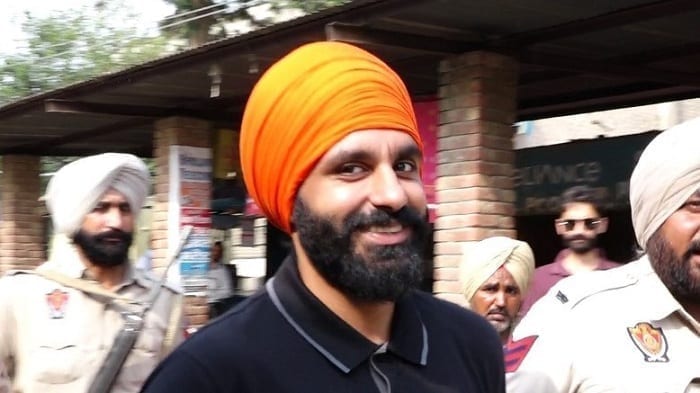 Even as Johal is in jail for the last three years and locked up in the high security zone of Tihar Jail under strict surveillance of jail personnel and CCTV cameras, the Special Cell linked him to the recent crime incidents thereby getting him on 14-day remand.

The new theory cited by the Special Cell claims that Sukhmeet Pal Singh alias Bhikhariwala who was arrested by Delhi Police in case of narco terrorism on December 7 on his deportation from Dubai and is alleged mastermind of Sandhu murder case, was in contact with Johal and other pro-Khalistan functionaries who asked him to eliminate Sandhu considering him “threat” to the Khalistan movement.

Content of the remand order issued by the court of Dr. Pankaj Sharma, Chief Metropolitan Magistrate (CMM) is given below:

“ACP Lalit Mohan has moved a request for 14 days police custody remand of accused Jagtar Singh Johal alias Jaggi Johal submitting that source information was received that ISI is planning to execute targeting killing of Hindu leaders in Delhi and neighbouring states through Khalistani terrorists by use of high grade weapons and in this connection on 31.12.2020 accused Sukhmeet Pal Singh @ Sukh Bhikharwala @ Kamaljeet Singh was apprehended from T-3 IGI Airport, New Delhi and he was remanded to 8 days Police custody wherein he disclosed that 5/6 months ago he came in contact with the accused Jagtar Singh Johal @ Jaggi Johal, Khalistani leader through Lakhbir Singh @Rode who is the leader of Khalistan Zindabad Force and one Sunny who is operative of ISI in Toronto and Jagtar Singh Johal @Jaggi Johal knew each other from the past and they both instructed Sukhmeet Pal Singh to execute killing of Shaurya Chakra Awardee Balwinder Singh Sandhu @ Comrade considering him as a threat to Khalistan movement. It is submitted that police custody remand is required to unearth the whole conspiracy of the whole network of narco Terrorism  as he has to be confronted with other other accused persons Sukhmeet Pal Singh @ Sukh Bhikhariwala and to analyze different chat accounts of Sukh Bhikhariwala and to identify his other associates in Delhi and other places”.

Considering the grounds of Police just and reasonable, the court allowed the Special Cell to take Jaggi Johal on 14-day remand.

After Delhi Police secured remand of Jaggi Johal, Punjab Police that have not found any terror angle in Sandhu murder case, are bound to bring him on remand, said the sources.

‘Is it possible for anyone outside the jail to have been in touch with Johal in such a condition?’

Framed in “false” cases of terror activities and arrested in 2017, Jaggi Johal was recently granted regular bail by Punjab and Haryana High Court in a case of target killing on November 7 last year. Eight cases are still pending against him, said Jaspal Singh Manjhpur, his legal counsel.

“The Indian agencies have no proof of Johal’s involvement in any of the terror activities. So, the cases registered against him cannot stand for more time. This is the reason he is being granted bails gradually in the cases pending against him. However, the government of Indian does not want him to be freed and to keep him behind bars, its agencies have hatched new conspiracy by linking his name to the nexus of narco terror elements and Sandhu murder case”, he said further.

He said, “I am surprised over the ground made by Delhi Police Special Cell in the remand application. It claimed that Bhikhariwal in Dubai remained in contact with Johal which is in jail under tight vigil and surveillance. Is it possible for anyone outside the jail to have been in touch with Johal in such a condition? Even the judge did not question the counsel of Delhi Police as to how it is possible. This is quite ironic”.

Sharing his apprehension, Manjhpur said, “During his remand, Johal was once pressurized by the NIA to help it in ensuring extradition of three Sikh men in the UK, who are nominated in RSS leader Rulda Singh murder case and also kept wanted in the cases registered against him. He was offered to be released for helping it, because the case of extradition is weak. It is my apprehension that the Indian agencies might again be pressuring Johal to help them in this matter by linking his name in new cases”.

The three, all UK nationals are accused in the murder case in which the police had moved for their extradition in August 2019.

The Punjab Police are upbeat at their arrest following India’s extradition request in the 2009 murder case.

The National Investigation Agency (NIA), probing a series of targeted killings in Punjab in 2016-17, had also submitted a chargesheet against Gursharanbir.

It is pertinent to mention here that there is widespread resentment among the Sikh community across the world against the Johal’s prolonged custody that is being termed as an act of depriving him of his human rights. The Sikhs in the UK have taken up this issue with their government but to no avail.