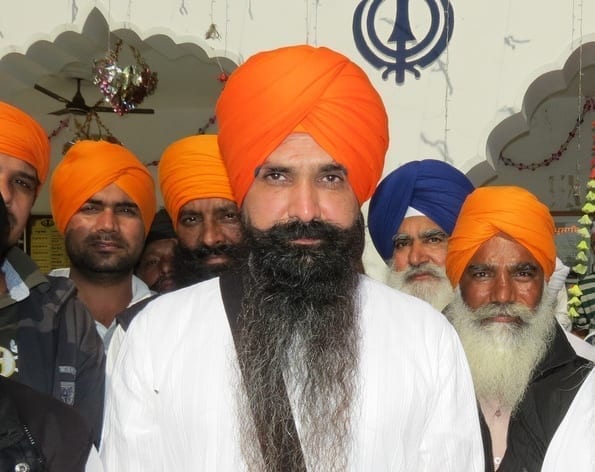 CHANDIGARH, Punjab—Shiromani Akali Dal (SAD) president Sukhbir Badal today urged the union government to set Bhai Balwant Singh Rajowana free to put a decisive end to his unending incarceration. “This humanitarian gesture would be in conformation with civilized values and justice as Bhai Rajoana had already served more than the effective equivalent of a life sentence,” he said.

Badal asked the Congress leaders to rise above political opportunism and back the release of Bhai Rajoana.

“It is so unfortunate that Punjab Chief Minister Captain Amarinder Singh has always hunted with the hounds and run with the hare when it comes to emotional Sikh issues. He tries to please his masters in Delhi by opposing the release of Bhai Rajoana while opportunistically maintaining that personally, he is opposed to capital punishment. He is so afraid to take a categorical stand for the release of someone who has already spent the best part of his life in jail for something he did out of grievous religious and emotional hurt”, he elaborated.

Badal called upon both Prime Minister Narendra Modi and President Ram Nath Kovind to personally expedite this gesture as a fulfillment of a national commitment made to Punjabis in general and the Sikh quam the Government of India. “The Government of India is already on record having committed to commuting Bhi Rajoana’s death sentence into life imprisonment. This commitment was made as a special gesture to the Sikh quam on the eve of the 550th  Parkash Gurpurb of Guru Nanak Dev Ji”, he said.

“Because of this commitment, there is no rationale behind keeping Bhai Rajoana behind bars for even a single day more as he has already suffered incarceration in prison for over 26 years – much longer than the effective duration of a life term. His death sentence was changed to life imprisonment, and Bhai Rajoana has served nearly twice as much time as a normal lifer’s term of ten to fourteen years,” said Badal.

The SAD president said that the Shiromani Akali Dal, “which is democratically entrusted by the Sikh masses to run the religious affairs of the Khalsa Panth through the SGPC, had sent a resolution to the Government of India demanding first the commuting of Bhai Rajoana’s death sentence to a life term and later for his release as he had already spent two-thirds of the best years of his life already in prison.”

“The SAD had successfully secured the acceptance of the community’s demand for the review of Black Lists of the Sikhs maintained by Indian missions abroad as well as getting a stay on the execution of orders to hang Bhai Rajoana,” he added.