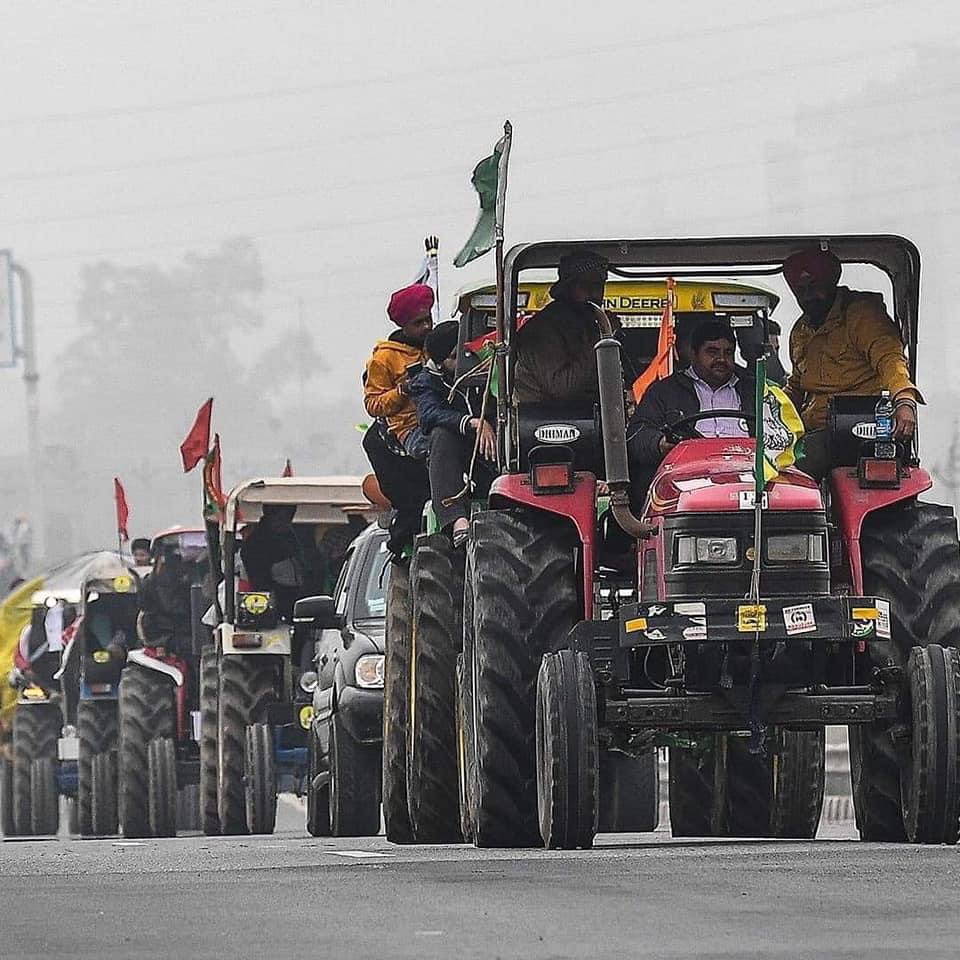 NEW DELHI—Periphery of India’s national capital New Delhi was flooded with tractors as the farmers today took out a tremendous march on their tractors in a rehearsal of their “tractor parade” scheduled on January 26 (Republic Day of India) in protest against three contentious farm laws introduced by BJP-led Central Government of India.

By taking out this march, the farmers showed the country a trailer of what they are doing on January 26, over which the government is worried as the agitating farmers are adamant to get these laws rolled back. 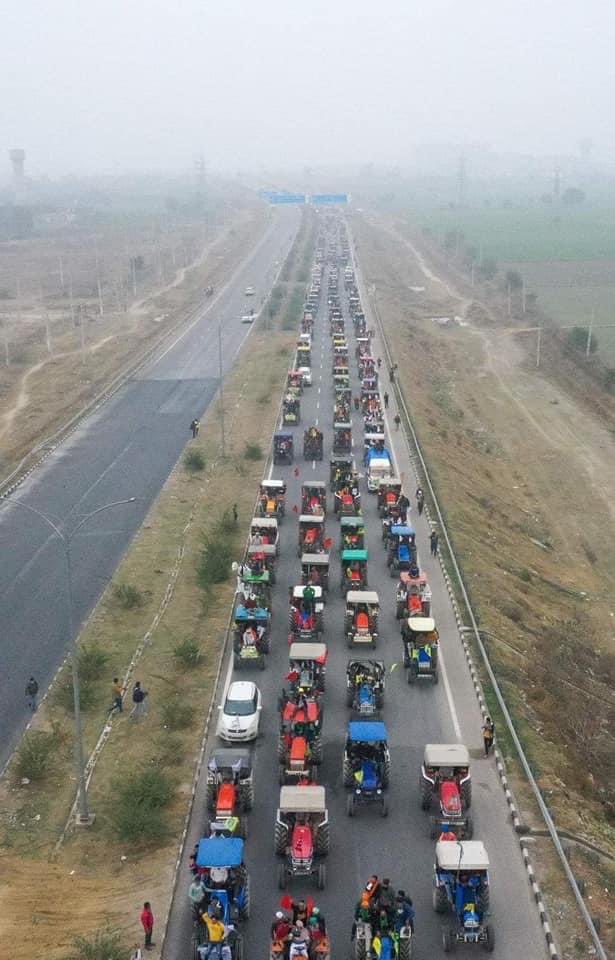 Today’s tractor rally started from three protest sites—Singhu, Tikria and Ghazipur—situated on the borders of the national capital. Once again, farmers of Punjab played a leading role in this rally. Farmers of every age participated in the rally with enthusiasm and slogans of “Kisan-Mazdoor Ekta Zindabad”, “Modi Sarkar – Murdabad” and “Bole So Nihal – Sat Sri Akal” echoed in the sky over ring road around Delhi.

Notably, the national flag of India, called ‘Tiranga’, was rarely seen in the rally and mostly flags of Kisan unions and Khalsa flags were being hoisted by the farmers on tractors. This happened despite the union leaders’ appeal to the farmers to hoist “Tiranga” during the January 26 parade, thereby courting controversy among the Sikh circles. 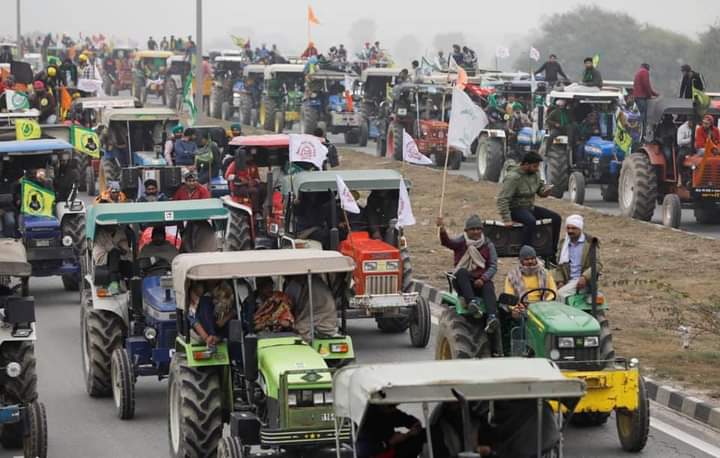 This rally was 25 km long and more than 3000 tractors participated in it, as per the official estimates reported by media portals. As far as the count of farmers is concerned, they seemed to be countless, said eyewitnesses. So, this rally is being considered the largest and longest ever tractor rally in world history.

Notably, women of Haryana were also seen driving the tractors in their traditional attire.

The beauty of this march was that the farmers maintained discipline and peace. No untoward incident was reported from this unprecedented march.

The farmers announced last week that if their demands were not met, they will march in their tractors at Rajpath on Republic Day, where India’s annual military parade and cultural programme is held on January 26.

Expressing his sentiments about this march, Cricketer turned politician Navjot Singh Sidhu said in a tweet, “How unfortunate, the tractor that ploughed the fields, is blocking National Highways, pulling barricades…Our symbol of prosperity is now an engine of resentment against an arbitrary Govt.., which crushes basic Fundamental Rights that define Democracy #TractorMarchDelhi”.

Pictures and videos of this historic march are going viral.

The hashtag #TractorMarchDelhi trended at #1 under India for a while earlier today. A number of other noted personalities used the hashtag in support of the farmers. Namely, Prashant Bhusan and Randeep Singh Surjewala.

In one of his tweets, Prashant Bhusan said, “As farmers take out #TractorMarchDelhi we stand in solidarity as they brave the cold&rain to get the anti-farmer laws repealed. These laws were passed w/o consulting farmers or States,&w/o discussion&vote in Parliament. It is only Modi/Shah’s arrogance which prevents their repeal”.