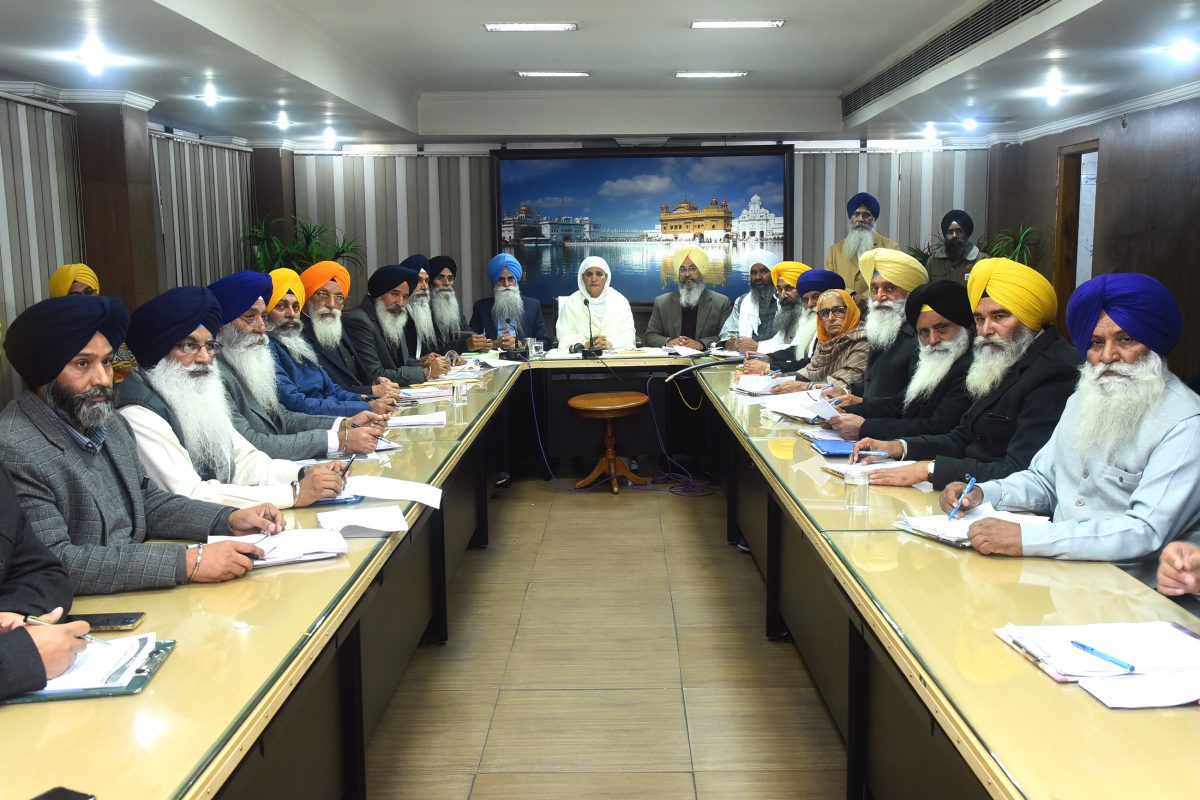 She was interacting with the media after chairing a meeting of SGPC executive committee at Teja Singh Samundri Hall. “The SGPC openly invites all to attend these events, but will not send any special invitation to the PM because of his stand taken against us and damaging the interests of farmers”, said the SGPC chief responding to a media query.

Earlier, the SGPC decided during the meeting to install solar systems inside the historic gurdwaras to reduce the cost of electricity and a plan would be drawn for the preparation of langar by steam. She said the solar systems would be installed at gurdwaras and a committee of office-bearers, officials, and technical experts would be constituted for its implementation. Similarly, in addition to adopting steam method for preparing langar in gurdwaras, a plan is also being prepared for making cardboard and paper with the leftovers in the future.

The SGPC also decided to organize a grand event at Sri Anandpur Sahib every year in the memory of Baba Jiwan Singh and this event will be held on the day of the arrival of paawan sees (sacred head) of the ninth Sikh master Guru Teg Bahadur Ji from Delhi to Sri Anandpur Sahib.

She said that a grand event to mark the centenary would be held at Sri Amritsar Sahib, while other events related to martyrs of Sri Nankana Sahib including Bhai Lachhman Singh Dharowali would be held at their respective places. The 400th birth centenary of Guru Tegh Bahadur Sahib would be marked with Jaho-Jalal (awe-inspiring appearance) and soon the outline of the function would be made public, said Jagir ‘Kaur’.

A resolution was also passed praising the recognition of Sikhism in Austria.

She said, “Sikhs around the world have established a distinct identity by following the teachings of Guru Sahib and it is gratifying that Sikhism is gaining recognition in different countries.”

Also tributes were paid by reciting Mool Mantra and Gur Mantra and passing of resolution of condolence in connection with the passing away of Baba Ram Singh Singhrewale (Karnal), Prof. Devinderpal Singh Bhullar’s mother Bibi Upkar Kaur, great dhadi (ballad singer) of Sikh community Bhai Pritpal Singh Bains and the farmers who passed away during the farmers struggle.

The SGPC president demanded the immediate reopening of Kartarpur Sahib. “The Government of India should respect the sentiments of the sangat. The corridor, which was temporarily closed due to corona, should now be reopened in view of the present situation. The Prime Minister of the country should take note in this regard, as now the sangat are going to the religious places in the country as usual.”

She strongly condemned the making of videos at Sachkhand Sri Harmandir Sahib and posting the same after adding songs on social media by a girl.

SGPC president said, “Despite the fact that the SGPC had put up prohibitory information boards for recording such videos inside the complex, people commit such acts. Strict action would be taken against those people who commit such acts through the Cyber Crime Cell. Orders have been issued to take action against the girl who had recently posted the video on social media.”

Bibi Jagir Kaur appealed to the sangat visiting the shrine not to do anything that would offend the dignity of the shrine and the sentiments of the sangat.