CHANDIGARH, Punjab—In a strong reaction to the false FIR registered against protesting farmers in Hoshiarpur, the Bharati Kisan Union (Rajewal) has announced to block major roads in Jalandhar and stage protests outside BJP leaders’ residences if the Punjab government doesn’t scrap the FIR by January 6. 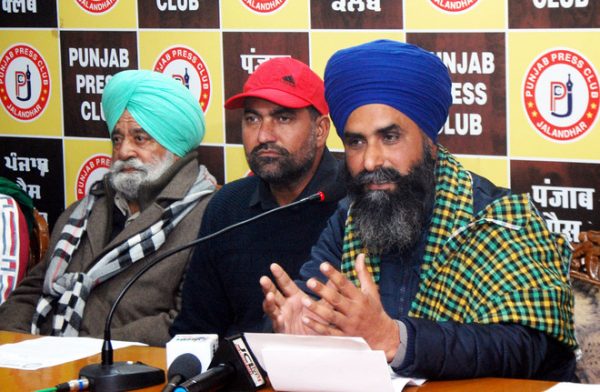 On January 1, the protesting farmers had dumped cattle dung at the entrance of BJP leader Tikshan Sood’s house after he made a mockery of the ongoing farmers’ protest while stating that the farmers were going for a picnic in Delhi and they were totally unaware of farm laws.

Later, all of these protesters were indicted under section 307 (attempt to murder), 452 (House-trespass after preparation for hurt, assault or wrongful restraint), 506 (criminal intimidation), 323 (voluntarily causing hurt), 148 (Rioting, armed with deadly weapon) and 149 (unlawful assembly) of IPC.

The invocation of irrelevant sections in this FIR revealed the ill intention focused at intimidating protesting farmers.

Interacting with media in Jalandhar on January 3, BKU (Rajewal) leader Kulwinder Singh has said that if the FIR doesn’t get scrapped by January 6 then they will be forced to block roads in Jalandhar and continue to dump cattle dung at the doors of BJP leaders’ residences in coming days.

Kulwinder Singh further said that the farmers want peace in the state but if any leader gives inflammatory statements against farmers then he is bound to draw flak.

“We want to make it clear that we are not scared of FIRs but if the Punjab government will continue to support provoking leaders like Tikshan Sood then we would definitely take action,” he said while adding that the invocation of an attempt to murder charges just for dumping cattle dung can’t be justified at any cost.

Hoshiarpur SSP Navjot Singh Mahal has said that the FIR was registered as per the complaint received. “An SIT has already been constituted to probe the incident and the SIT will drop irrelevant charges after a thorough probe,” he added.

Meanwhile, it is learned that Tikshan Sood has now started claiming that his statement was misinterpreted.