TARN TARAN, Punjab—Amid ongoing anti-Modi protests across India by the farmers, an interesting incident came to fore in Tarn Taran town when ex-BJP Minister Anil Joshi’s younger brother Raja Joshi raised anti-Modi slogans after being surrounded by the farmers. He also joined the day-long sit-in-strike by farmers in front of their fashion mall. 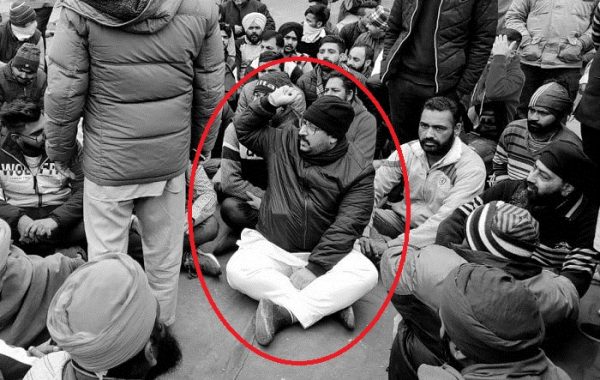 Tarn Taran based BJP leader Anil Joshi was elected as a legislator from Amritsar (North) in 2007. During the tenure of SAD-BJP in Punjab, he held the portfolio of Local Bodies, Medical Education & Research as a Cabinet Minister. 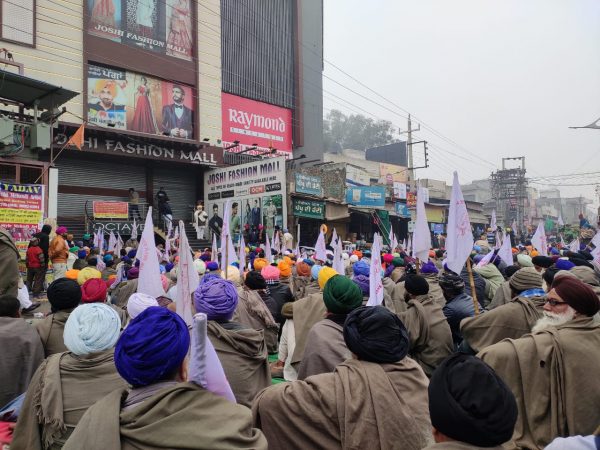 Today, the farmers started gathering in front of Joshi Fashion Mall situated in the heart of Tarn Taran city and started raising anti-Modi slogans. Instead of opposing farmers’ move, Anil Joshi’s brother Raja Joshi started pretending to be the supporter of farmers and even offered tea to all the protesting farmers but they refused to drink it. 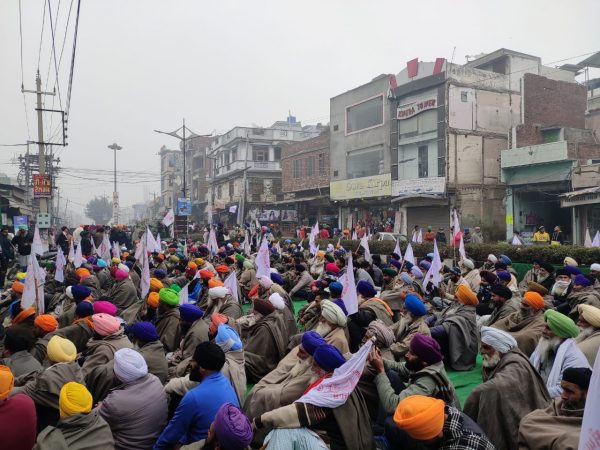 On finding Ex-BJP Minister’s brother going round the way, the agitating farmers asked him to ask his brother Anil Joshi to quit BJP but he depicted helplessness in doing so while claiming that Anil Joshi has nothing to do with this business.

During today’s protest, the farmers set a stage at the entrance of Joshi Fashion Mall and Ex-BJP Minister Anil Joshi’s brother Raja Joshi joined the protesting farmers sitting in front of their fashion mall. 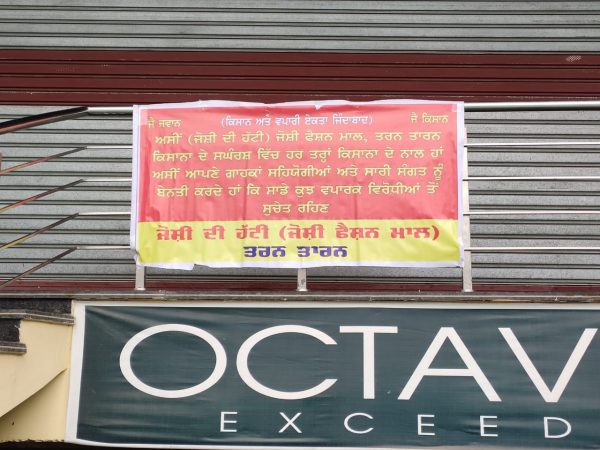 Interacting with media on this occasion, Raja Joshi said that he supports the struggle of farmers. “The agitating farmers are being misled against us by our business rivals” he claimed while adding that they have already put up a banner in front of their fashion mall to end any confusion about their opinion about the farmers’ agitation.