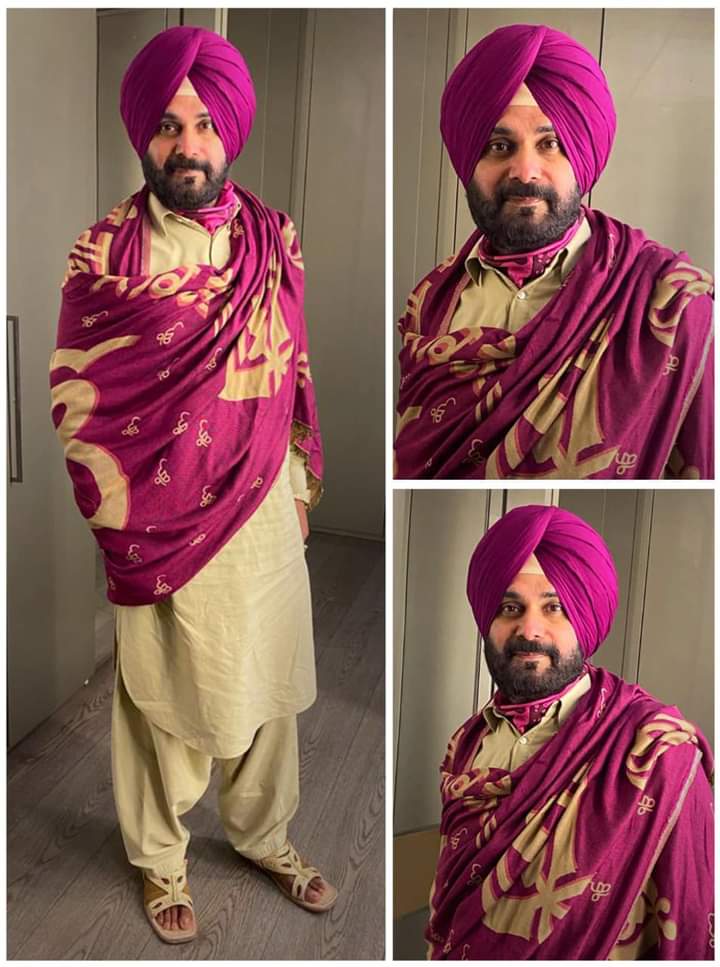 Courting a controversy, he appeared at a public event on December 27 in a shawl carrying Sikh religious symbols Sandhawala village in Jalandhar district. He shared a video of his visit and interaction with residents of the village, wherein he is wearing a Magenta shawl carrying ‘Ik Onkar’ and ‘Khanda’ embedded on it.

Soon after, social media was flooded with messages, condemning his act. Despite the objections raised by the members of Sikh community, he again shared his pictures which show him in the same shawl. Today, the Sikh activists led by Paramjit Singh Akali lodged a complaint to the highest Sikh temporal seat.

The Sikh activists demanded stringent action against the Congress MLA from Amritsar east. “What he has done is the sacrilege of gurbani,” said Akali.

Acting on the complaint, Giani Harpreet Singh, SGPC-appointed acting jathedar of Akal Takht Sahib, said, “This act of Navjot Singh Sidhu is very unfortunate. Being a Sikh, he should have known that this is against the Sikh maryada. He has hurt the Sikh sentiments by doing so. This is a condemnable act and he should apologize to the Sikh community for his blunder”.

SGPC general secretary advocate Bhagwant Singh Sialka said, “This is very unfortunate. He is known for such acts. ‘Ik Onkar’ cannot be printed on a cloth meant for wearing. We shall urge Akal Takht jathedar to summon Sidhu to the Takht. Sidhu knows the sacred nature of this symbol, but he is deliberately committing these mischievous acts. He will have to pay for it.”

A former BJP MP, Sidhu had gained popularity among the Sikhs after he hugged Pakistan army chief, General Qamar Javed Bajwa during the oath-taking ceremony of Imran Khan as Prime Minister. Sikhs hailed him after he said that Bajwa had promised him the opening of the Kartarpur corridor in 2017. And Pakistan delivered this promise. Main credit of corridor’s opening is given to Sidhu as it is perceived among the Sikhs that their long pending demand could be met due to his old friendship with Imran. Sidhu is also hailed for his stand against the inaction by Captain Amarinder Singh government against the culprits of Bargari sacrilege and Behbal kalan Police firing that killed two Sikh protesters. However, he is drawing criticism over his fresh act.