CHANDIGARH, Punjab—As farmers are intensifying their protests against the anti-farm bills passed by the BJP Government, more Sikh organizations are come to the fore to express their support. While United Sikhs, Khalsa Aid, Hemkunt Foundation, Sikh Aid, Sikh Relief, and other organizations have been working with the farmers over the past few weeks, now, two rival Sikh factions have also indirectly spoken up about the farmer protests.

Sikh preacher Bhai Ranjit Singh Dhadrianwala and his supporters have announced financial compensation of Rupees 2.1 million for the families of the farmers who have sacrificed lives while agitating against the Indian government. An announcement in this concern was made from the stage of ongoing farmers’ agitation by Bhai Surinder Singh. 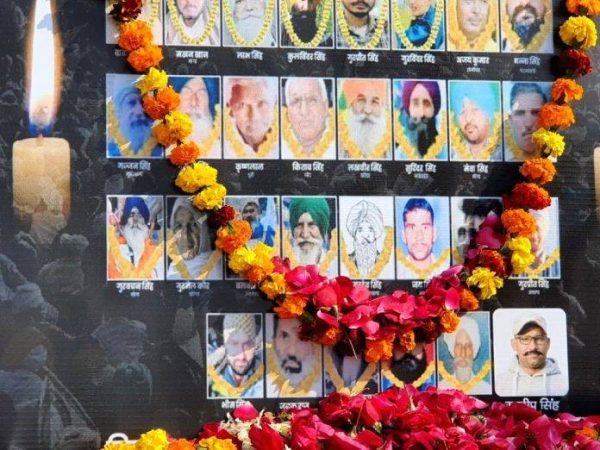 Paying tribute to the departed souls of farmers, Bhai Surinder Singh announced that Bhai Ranjit Singh Dhadrianwala will honor the families of victim farmers at Gurdwara Parmeshar Dwar on December 27 besides offering them financial help.

It is pertinent to note here that the absence of Bhai Ranjit Singh Dhadrianwala in this ongoing agitation of farmers was being questioned by the netizens.

To date, around 30 farmers have laid lives while participating in the ongoing agitation of farmers against draconian farm laws imposed by the BJP led Indian government.

Notably, on December 22, United Sikhs had also announced a financial aid of Rs. 10 million for the families of martyred farmers.

The Damdami Taksal chief Baba Harnam Singh Dhumma has appealed to the Indian Prime Minister Narendra Modi to repeal the trio anti-farmer laws with immediate effect. Amid these chilling cold days, tens of thousands of farmers have been protesting against these draconian laws at the Delhi border.

He has advised Modi to come up with pro-farmers laws after a thorough discussion with the farmers about their problems so that the other developing countries could also take inspiration from these laws.

Baba Dhumma has said that the Narendra Modi led the Indian government needs to come forward for a sincere talk with the protesting farmers while addressing their concerns.

“The BJP led Indian government should give a positive gesture towards farmers while annulling these laws,” he added.

It is pertinent to note here that the Chowk Mehta based Damdam Taksal’s main faction is renowned for its leaning towards RSS. As the Badals snapped ties with BJP, Baba Harnam Singh Dhumma has also gone vocal against RSS backed Modi government.