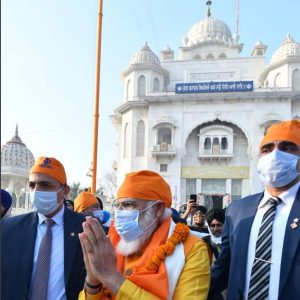 The interesting thing that occurred during his visit was that katha-vichar (discussion) of daily hukamnama seemed to be snubbing Modi for his alleged misdeeds being done especially in the case of three farm laws introduced by him. These laws are being considered “destructive” for the farming community, but he is adamant to not roll them back despite thousands of farmers are sitting on roads to protest these laws. 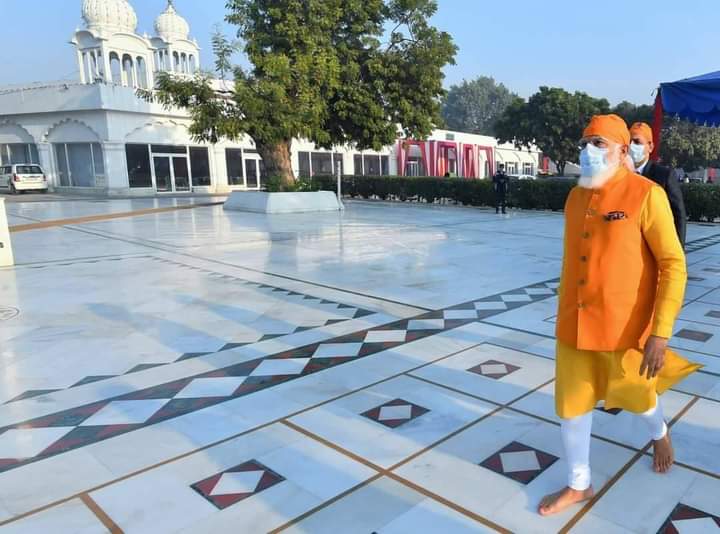 the Guru Granth Sahib on a daily basis in the morning.

A video that captured Modi conversating with granthi of the gurdwara, has gone viral over social media. In this video, the Sikh preacher is heard saying, “You call yourself as one who exercises religious ethos and serves the people. But your thinking has not changed with this. You have even read the religious scriptures which teach the ideology of human welfare. If you don’t adopt it and implement this in your life, none will help you during doomsday”.

As soon as the PM moved out, the preachers uttered, “Where will you run away from the trap of death which is looming over you?”

This video is being shared widely over social media platforms comments condemning Modi for ignoring the farmers during his New Delhi trip.

Pertinently, Modi first kept this visit secret from the media, but later on, he promoted it on his Twitter handle on large scale. He also paid respect to ninth Guru Sri Guru Teg Bahadar whose headless body was cremated at this place in 1675, in Punjabi.

Mughal rulers beheaded Guru Sahib for fighting for the religious freedom of the people.

Modi also presented ‘rumala’ for Guru Granth Sahib, after which he was felicitated with ‘siropa’ (robe of honour) and a garland at the Gurdwara by the granthi. His felicitation is being widely criticized in the Sikh masses.

Modi’s visit is drawing various remarks and being termed a tactic to pacify the Sikh farmers who are leading the unprecedented agitation at Singhu and Tikri borders of the national capital of India against his government. “Terrorists, Khalistanis, Leftists, Anti-Indians, Chinese and Pakistan agents…….The protesters have name-called with all these labels but not as farmers. So, now PM heads to Gurdwara Rakabganj to appease all of the above?”, says Priyanka Chaturvedi, a columnist and Shiv Sena MP.

Terrorists
Khalistanis
Leftists
Anti-Indians
Chinese & Pakistani Agents
|
|
The protestors have been name-called with all these labels but not as farmers. So, now PM heads to Gurudwara Rakabganj to appease all of the above?