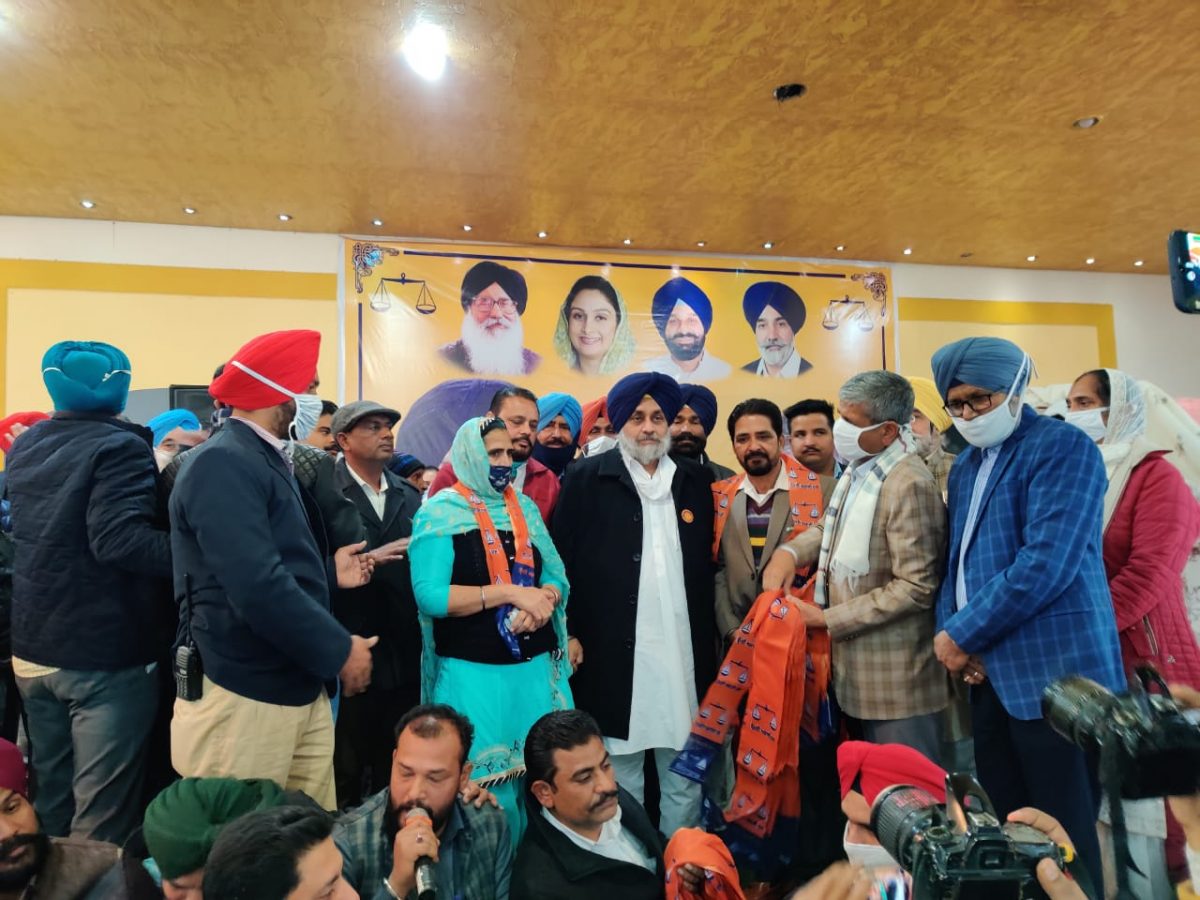 “Tukde Tukde Gang” is a pejorative political catchphrase used in India by the BJP and its sympathisers accusing their critics of their dissent.

Talking to media in Bathinda, he reiterated that the BJP has been splitting the country into pieces by setting one community against another.

“The BJP first set the Hindus against the Muslims. Now, it is determined to replay that evil game and re-enact the same tragedy in Punjab also. It is conspiring to set our peace-loving Hindu brethren in Punjab against their Sikh brethren with whom they have shared strong bonds of blood for centuries. The BJP wants to replace those bonds of blood with bloodshed”, he said.

Badal said, “The BJP has been resorting to dangerous conspiracies to sabotage the hard-earned atmosphere of peace and communal harmony just for the realization of petty political goals. The BJP leadership must realize that their party today has become the most powerful divisive force. It has been resorting to dividing the country and its people by spreading hatred in the name of religion.”

Referring to the ongoing farmers’ movement, Badal said that the whole country except that BJP gratefully acknowledges the debt which we owe to our patriotic farmers and soldiers. “The BJP is provoking the people to deny that debt. It believes only in emotionally exploiting the farmers’ sacrifices but remains so ungrateful to them that it is painting them as anti-national”, he said.

Later, in a statement issued from the party HQ in Chandigarh, Badal said, “The SAD (B) deems it its national duty to caution the countrymen against BJP’s desperate and destructive game-plan in Punjab. This party is so desperate for power that it has no qualms about making Punjabis thirst for one another’s blood and destroy the fabric of unity and fraternal love which has been bequeathed to  us by the great Guru Sahiban and by great saints and seers like Kabir Sahib, Baba Farid ji, Jaidev ji, Namdev ji and others” .

Badal said that it is shocking and unbelievable that a party which claims to take pride in India’s heritage is determined to destroy the foundations of that very heritage. “This is the heritage that has shown the path of peace, communal harmony and human brotherhood to the entire world”, he added.