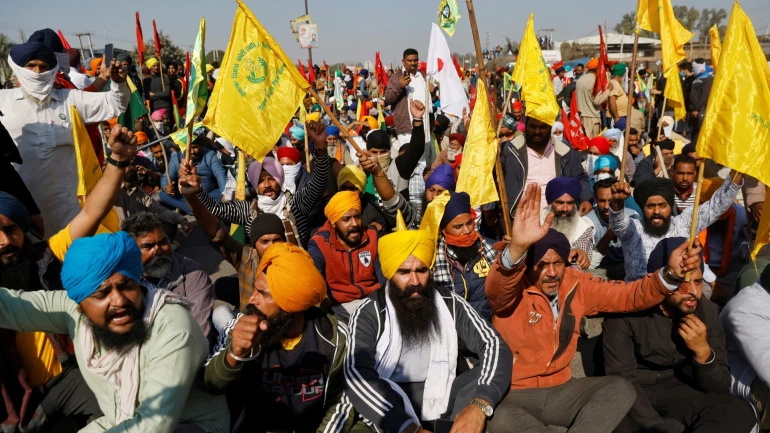 NEW DELHI—After facing backlash from the Sikh masses and organizations, Bharti Kisan Union (Rajewal) president Balbir Singh Rajewal today tendered an apology for his statement asking the Sikh youths to remove the Nishan Sahib (Sikh flags) and Nihang Sikhs to shift their camps from the forefront of the agitation going on at Singhu border of Delhi against three farm laws promulgated by the BJP-led union government.

Thousands of the farmers of Punjab and Haryana have converged at the border. Most of them are Sikhs and they have hoisted the nishan sahib on their vehicles and other points at the site of unprecedented agitation against the Indian government.

One of the prominent farmers’ leaders in Punjab, Rajewal said addressing the agitators from the main stage, “Some TV channels which are spreading the agenda of the BJP and its government, are associating these flags with separatist cause. So, these should be removed. Secondly, the Nihangs should shift their camps from here. This is my humble request to you as these things give these channels a basis to spread the vilification against the farmers’ agitation”.

This statement went viral over social media within a few hours and angered the Sikh masses. Rajewal was trolled over the social media for making such a statement. Lastly, he had to tender an apology to the Sikh people in interviews he gave to the web channels.

Following his statement, Lakha Sidhana, a respected activist appealed to the Sikh masses to give Rajewal a chance to apologize and explain his statement. He appealed the masses, especially social media influencers to refrain from posting statements to get likes. “The situation is very sensitive and we feel our struggle is at its peak, at this point, everyone should watch out before giving any statements.”

Deep Sidhu, another activist who has played a prominent role at the protest said the Nishan Sahibs will not be removed. “While we respect all religions and faiths, the Nishan Sahib provides sovereignty to the Sikhs. There is no way we can part away from our sovereignty.”