AMRITSAR SAHIB, Punjab—The Shiromani Akali Dal (SAD-Badal) president Sukhbir Badal today turned aggressive against his party’s former ally BJP stating that the saffron party is trying to form the government by creating a communal divide here as it did in other states in past.

He was addressing the party rank and file during the protest staged at Golden Gate here against three farm laws instituted by BJP-led union government of India to liberalize the agriculture sector.

“Our senior party leader from Delhi was telling me over the phone that the BJP leadership has asked its local cadre to dub the farmers’ struggle as Sikhs versus Hindu conflict at Delhi and this party is now going to do this in Punjab. It has already created such a divide between Hindu and Muslims or followers of two religions in other states to win the elections there. The same formula it is implementing in Punjab now”, he said. 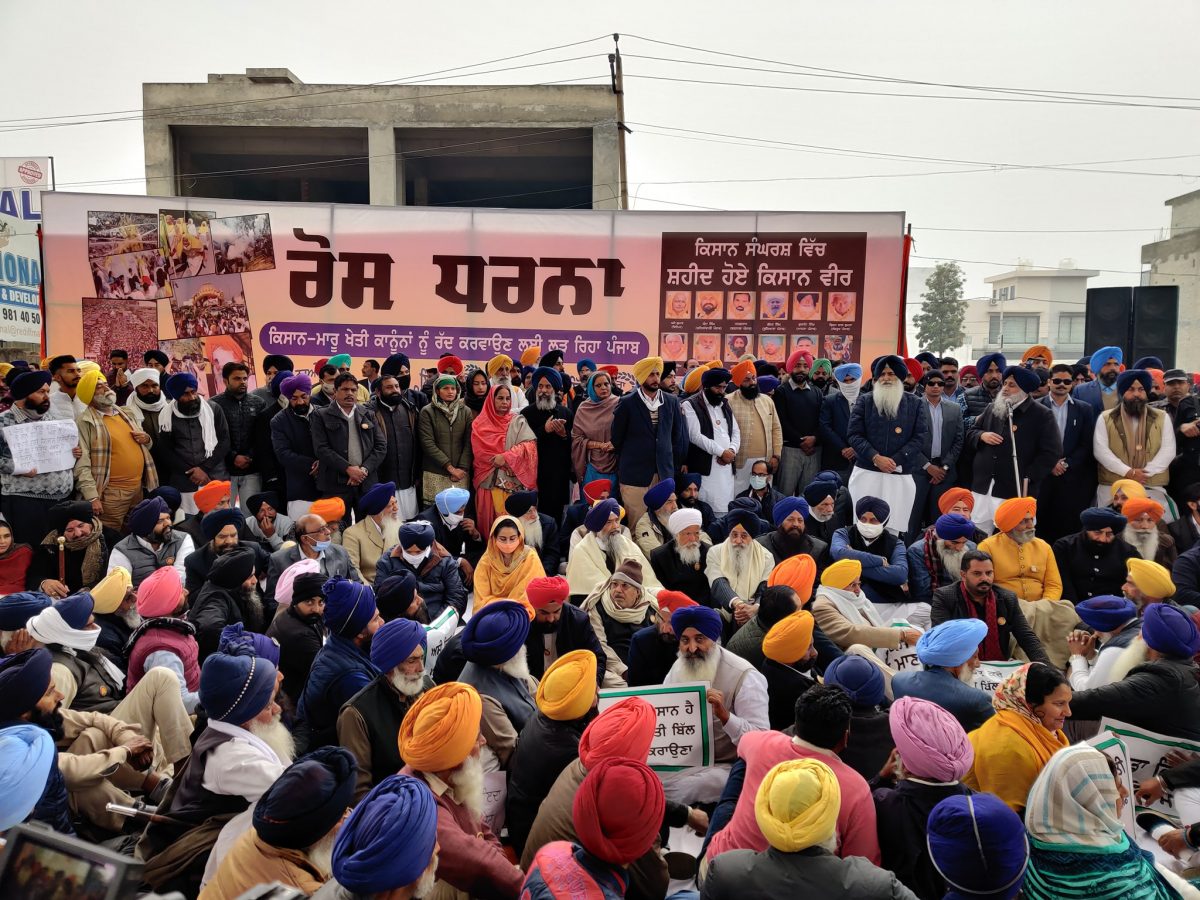 Shiromani Akali Dal (SAD) President Sukhbir Badal today said the NDA government had violated the principle of federalism and usurped the powers of the States to institute three laws on agriculture which was a State subject and that it was working against the interests of the States by concentrating all power in its hands.

Terming Narendra Modi as “arrogant Prime Minister”, the SAD (B) president asserted that the Modi government had not only struck out against federalism but also the freedom to protest. He said things had taken such a turn that if one was in agreement with the central government he was a ‘desh Bhakt’ (patriot) but if one spoke out against it he was branded as a ‘desh dharohi’ (anti-national).

Stating that those objecting to the BJP government were being given epithets like ‘tukde tukde’ gang, Badal said the same persons who were earlier referred to as farmers were being called “extremists” solely because they did not agree with the government narrative on the farm laws. The SAD President made it clear that the farmers were not fighting the country but were only fighting for their rights.

Bikram Majithia said now the ruling BJP’s national leaders were claiming China and Pakistan’s hand in the farmer protest but forgetting who had introduced the anti-farmer bills. “Ironically when it comes to sacrifices and contributions for the country, then we are deemed the best but we challenge their decision, they are quick to paint us as anti-national, hooligan and even terrorist but this is not acceptable in democracy”, he said.

“I thank the UN Secretary-General as well as the US and Canadian governments who have supported our fight”, he added.

This is for the first that the SAD (B) leaders have turned so aggressive against the BJP.

Leave a Reply to ‘BJP trying to form govt in Punjab by creating communal divide like it did in other states’: Sukhbir turns aggressive against ex-ally - Amritbani.info Cancel reply