1. Capt Amrinder met Mukesh Ambani a day before the farmer protestors did the national Bandh. Aam Aadmi Party accuses Capt Amrinder of signing a short term electricity contract of Punjab handing it to Ambani group.
2. However then Capt Amrinder posted a video on Twitter praising the farmers in the national Bandh.
3. Rain has been making conditions difficult. Last night was freezing cold. Farmers sitting at the protest are fighting a multi-front battle. They are up against an insensitive Govt, misinformation campaigns by Godi media, rough winter weather, and the 2 most powerful billionaires of India.
4. Sardar Hakam Singh Ji from village Kheri Chahlan who had gone to Del hi Protest on 24th. He passed away today.
5. Modi has no time to speak to farmers but goes to the hospital where Ambani’s grandchild is born to congratulate the family.
6. 200 vehicles bringing new Sangat from Punjab arrived and others go back. The Sangat is on a rotation system so we have the stamina for a long protest if necessary.
7. The collective leadership model of this protest is working, rotating speakers, changing who takes charge on a given day. Govt doesn’t know who to arrest because they don’t know who’s in charge at any one point.
8. Appalling weather and larger numbers of farmers turning up mean more weatherproof tents are required. Hemkunt Foundation provides 225 tents, Sikh Assembly UK provides tents. This is in addition to the British Sikh Council, United Sikhs, Khalsa Aid, Sikh Relief, World Sikh Parliament, Delhi SGPC, Nihang dals, AKJ Delhi, MLSS, YourSeva, and many other Sikh charities working round the clock on seva.
9. Video appears on a 60+ year old Sikh farmer is cycling from Jagroun to Delhi to join the protests.
10. Delhi police put large metal chains and padlocks on their large concrete barricades. They are afraid the farmers will just move them out of the way.
11. MP Tanmanjit Singh Dhesi tweeted to Indian Godi media – You do a disservice to your nation and profession. Hater troll factory: your abuse and intimidation won’t deter me from speaking the truth.
12. Share Charity create an infographic to help explain the Farmer crisis.
13. Indian Constitution, Schedule VII, which outlines what powers or national assets are under the States and which ones are under Center Govt’s jurisdiction. The list I is Union List or Center Govt’s list and List II starting on page 321 is State List. Point Number 14 under List II clearly puts agriculture, farm animals, cattle, etc under State’s jurisdiction. We have a Govt in India now that doesn’t even follow its own constitution.
14. Punjab Director in General Prisons, Lakhwinder Singh resigns due to the treatment of farmers. He said he is a son of a farmer.
15. Godi media trying to make an issue about pizzas and foot massagers at the protest. They are asking where the funding is coming from? They do not realize the Sikh nation has been saving funds for seva since 1469. Sahib Siri Guru Nanak Dev ji langar never ends.
16. Mass farmer rally in Toronto.
17. Scotland Sikh protest in Edinburgh. A car rally from Glasgow to Edinburgh.
18. Sikhs protest in Vienna, Austria.
19. Sikhs in Wales held a car rally in Cardiff.
20. CNN article – Thousands of people are protesting with farmers in India. This is why you should care.
21. Sky News article – India Farmer Protests – Anger grows over controversial laws as Modi refuses to back down.
22. South China Morning Post article – In India, Sikh farmers arm themselves with food and willpower to defeat Modi
23. Hindu hate leader Mrs. Raghini Tiwari accepting that she incited violence in Jaffrabad. She is also threatening to create another Jaffrabad like violence in Kisaan Protest on video. Twitter followers asking if Delhi police will arrest her for incitement of violence.
24. Please watch YouTube videos by Get Up Australia on the Adani Files, where the Australians highlight the appalling business practices of Gautam Adani in Australia and Zambia. In Zambia, Adani mining companies put chemicals into their main river which affected 40% of Zambia’s population.
25. Most of Adani Agricultural business set up during Modi govt. He incorporated most of his companies from 2014 to 2018. Both Adani and Ambani have made massive wealth gains under Modi Govt.
26. Punjabi singer Amarinder Gill’s company Rhythm Boys Entertainment has removed all its music from Ambani app Sawan.
27. Oxford University Students Protest In Solidarity With Indian Farmers In Largest Global Protest In Human History.
28. In a desperate propaganda attempt by Modi – the Ministry of Information and Broadcasting published a 44-page booklet highlighting Narendra Modi’s special relationship with the Sikh community. This is being sent to citizens of India via email.
29. The Indian Agriculture minister Tomar today held a TV stunt claiming to have a meeting with 100 farmers from Uttarkhand. It’s propaganda for Godi media. Farmers from Uttarkhand said the 90 of those present were not even farmers and the other 10 had other business with their farms.
30. Lord Indarjit Singh has written to UK prime minister Boris Johnson urging him to condemn the brutality of Indian police towards peaceful protesters, and India’s flouting of its own constitution, during his visit next month.
31. Anybody who thinks does this really affect me? If so, try growing your food rather than buying from the supermarket. The farming industry is safe, healthy, and secure affects every human being.
32. Please watch a video we released this evening called Understand why the largest peaceful protest in history is happening. An interview with Bhai Jagjit Singh. It shares thoughts on the wider picture for Punjabi/ Sikhs to consider around these Farmer protests.
33. We leave with a picture of Sardar Hukam Singh, who passed away today and protested. Vaheguru Mehar Karan. Saving Punjab – 11 farmers passed away in the last 17 days of protest. 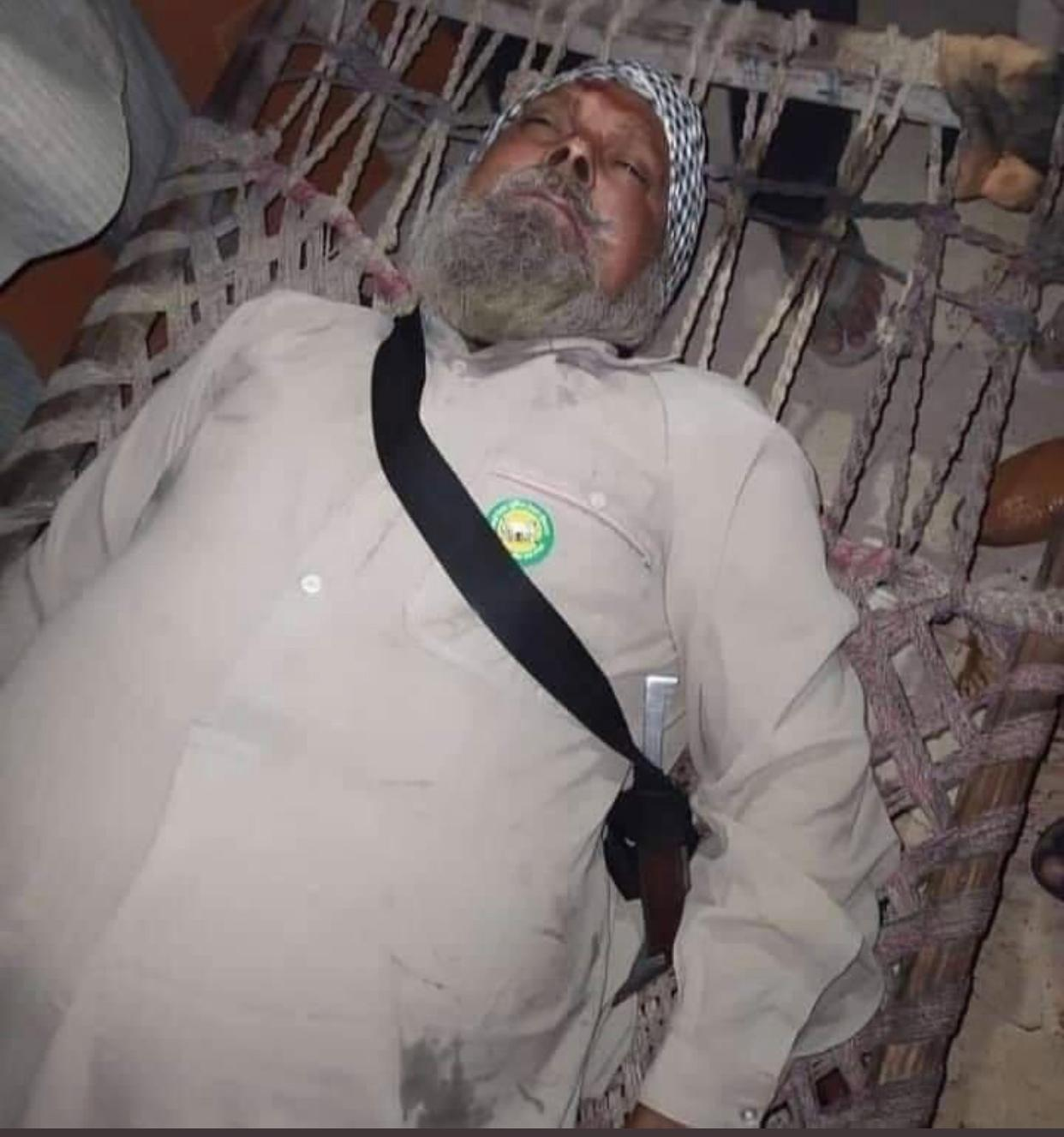