CHANDIGARH, Punjab—Terming the farmers’ resentment against farms laws as justified and genuine, Justice (Retd.) Ranjit Singh has come forward in support of farmers’ agitation seeking to repeal trio farm laws. He has expressed his views about farmers’ struggle while interacting with the BBC.

Commenting on the Modi government’s claim that these laws were meant to reform the agriculture sector in India, Justice Ranjit Singh said that it was necessary to take farmers’ views into account if these laws were really meant for agriculture reforms in India. 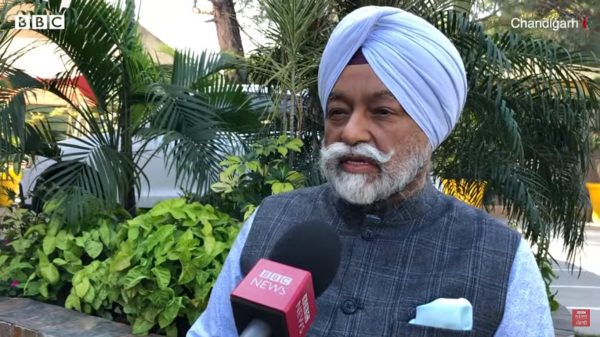 He asserted that if the majority of farmers consider these laws against their interests then the government should address grievances.

“These laws apparently seem tilted in favor of corporate for serving its interests,” he said.

Justice Ranjit Singh further said that the Indian government should repeal the trio laws and work for bringing new agriculture laws after a thorough discussion with farmers if it really wants to help farmers.

He has also made it clear that the laws can be withdrawn anytime and the government is authorized to do so without any hindrance.

Terming the farm laws’ provision about barring farmers from moving to the civil courts, Justice Ranjit Singh said that it is a very harsh and unfair provision. “Barring the jurisdiction of civil courts is a serious issue. Judicial review is considered to be a basic part of the Indian constitution and we tamper with it,” he added.

It is pertinent to note here that the new farm laws bound contracting farmers to approach only SDMs instead of civil courts.

Justice Ranjit Singh has said that the executive magistrates can’t work independently like the judiciary. “An ordinary farmer can’t fight against the corporate giants like Ambanis and Adanis in front of SDMs or any other executive officer if any dispute occurs between the two,” he said.