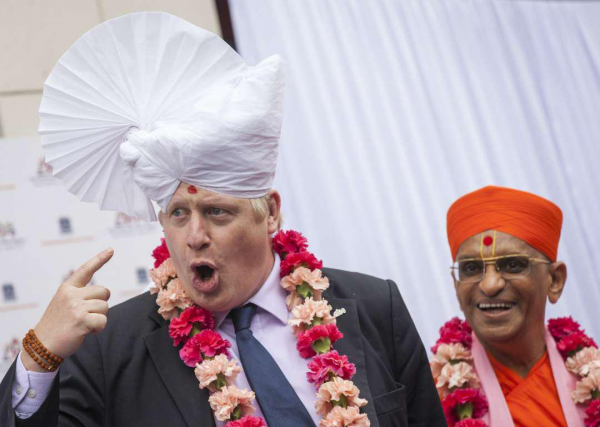 Many people are mocking him as clueless, but I differ in this opinion. Having seen Boris operate, I know he is far from clueless. He followed a pre-agreed talking point when this topic would arise.

250 million people are protesting in India. This is equivalent to 80% of the population of USA. USA elections have wall to wall coverage in media and political briefings of the PM. There is no chance that the world’s largest protest is not in the daily briefings of the UK prime minister, in a country obsessed by its global role since colonialism.

What I saw was Boris intentionally deflecting the question with the same talking point that the Indian news anchors are using. A Sikh asks a question about India, then deflect it by mentioning Pakistan.

Oh, how India will be pleased…..

Boris knows that he has to deliver Brexit as his very political life depends on it. So trade deals with USA, EU, China and India need to come very quickly after New Year’s Day. These deals have been discussed for months now.

Boris simply used a technique perfected by South African President Jacob Zuma. This is to pretend at times of political awkwardness to be bungling as it can be politically convenient as people will laugh and mock you. But you will keep those you need to deal with happy. Boris does not have any interest in human rights or freedom to protest, which why these words never came from his lips.

It highlights the change of fortunes between the UK & India. 70 years after independence, it’s now the UK that desperately needs India for trade.

The unexpected result of this incident is the UK press and media are suddenly forced to talk about the Farmer protests in India.

Gone are the days of conviction politicians who held values for defending freedoms. Now we have politicians struggling for survival from the mess of their own creations.

Further, we have a lazy press and media who cut and paste stories rather than investing in quality journalism. So if the source news agencies do not cover it, the rest of the media that cuts and pastes media stories does not either, even if it’s the world’s largest protest.