NEW DELHI, India—Amid continuously failing efforts of the Indian government to convince struggling farmers to quit their struggle against the farm bills, a petition has come up in the Supreme Court seeking immediate removal of struggling farmers from Delhi-NCR borders. This petition, moved by a Supreme Court lawyer Om Prakash Parihar, cites “hurdles for accessing emergency medical services needed to curb the spread of COVID-19.” 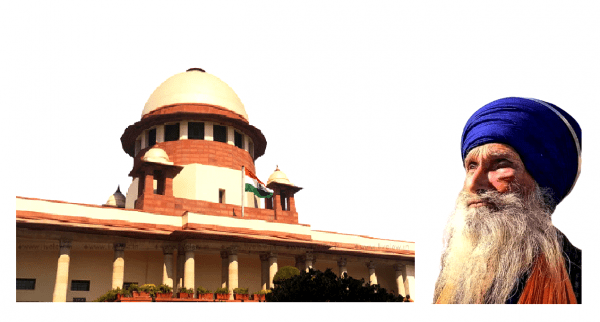 Notably, millions of farmers from all over India are struggling for their existence while opposing the recently imposed farm laws by the BJP led Indian government.

In this petition, the petitioner seems trying to create a ground for the government to act against farmers under the pretext of controlling the spread of COVID-19.

“…since the virus is very contagious and if by chance this coronavirus disease takes the shape of community spread, it will cause a havoc in the country,” reads the petition while claiming that the lives of hundreds of thousands of people was at immediate risk.

Petitioner Om Prakash Parihar has also sought shifting of farmers to “some other place” while indirectly referring to Burari ground, i.e. where the Indian government has been continuously asking farmers to shift.

“Though the Police has allotted a dedicated place for the protestors to protest peacefully, but the protestors are not shifting/moving to the allotted place and in order to create trouble for the commuters they have blocked the borders. Furthermore, owing to their large number of protestors, the police is not able to control such a large gathering,” the petition states.

In this petition, Om Prakash Parihar has repeatedly cited the COVID-19 pandemic, social distancing, mask-wearing norms, etc. which indicates that the Indian government might come round the way to disperse protesting farmers via Supreme Court’s directions in the future.