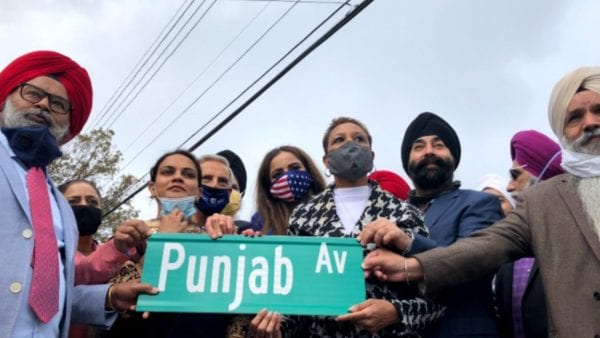 NEW YORK, USA—On the eve of the 551st Parkash Purab of Guru Nanak Sahib, a street leading to renowned Gurdwara Sikh Cultural Society in New York has been named as Gurdwara Street. The signboards for this Street No. 117 on 97 Avenue have also been installed at vicinity paths leading to this street.

Harpreet Singh Toor, the former president of Gurdwara Sikh Cultural Society, informed that this street has been officially named as “Gurdwara Street” and signboards have also been installed.

“This has become possible due to the joint efforts of local Sikh sangat and support of New York City Council member Adrienne E. Adams,” he added.

A special religious event was held on this occasion in which City Council members and other representatives addressed the Sikh sangat.

While appreciating the role of Sikhs in the development of America, Adrienne E. Adams said that he was happy to have this street named “Gurdwara Street”.