CHANDIGARH, Punjab—As soon as the farmers’ agitation against recently imposed draconian laws is besieging the Indian government, the sacrilege incidents are picking pace in Punjab. 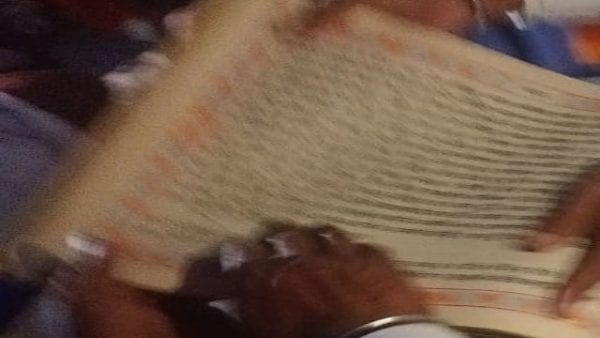 Exactly a month after the sacrilege of Sri Guru Granth Sahib Ji’s holy saroops in Fatehgarh Sahib, another incident of sacrilege has been reported in village Fambrha.

Interestingly, this incident occurred on the auspicious day of the 551st Parkash Purab of Sri Guru Nanak Dev Ji.

As per the information availed by sources, a holy saroop of Sri Guru Granth Sahib Ji was found vandalized in the Gurdwara Singh Sabha of village Fambrha during the morning hours today.

Whistleblower Lakhwinder Singh, who is working as a Sewadar in Gurdwara Sahib, informed that he noticed something odd at Guru Granth Sahib’s holy saroop during his visit to Gurdwara Sahib at 10:30 pm.

On checking, he found the holy saroop vandalized after which he informed the villagers about this unfortunate incident.