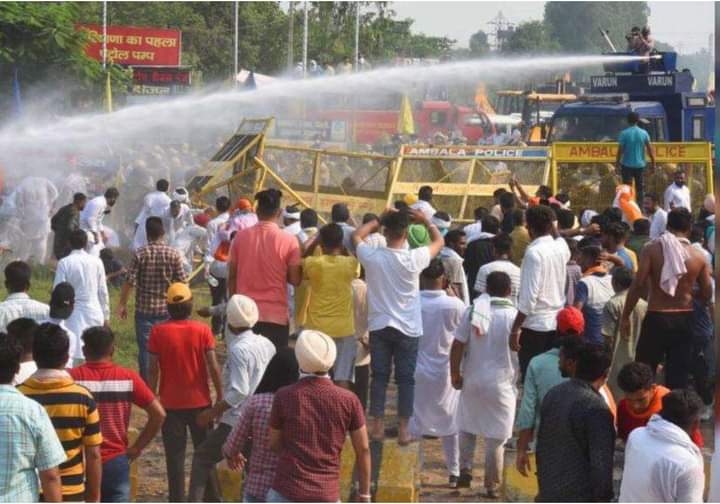 CHANDIGARH, Punjab—Even as Haryana Police and its other special wings which deal with the protests, impose unprecedented restrictions along its border with Punjab, farmers of Punjab could not be debarred at several places from marching toward Delhi to protest three farm laws introduced by BJP-led union government of India.

On-call of ‘Dilli Chalo’, which was jointly given by all the farmer organizations to organize a huge gathering of farmers at Delhi to press the union government to revoke the laws, lakhs of farmers from across Punjab left for Delhi on Tuesday night. However, the BJP-government of Haryana sealed its borders with Punjab to prevent them from reaching the national capital of India. 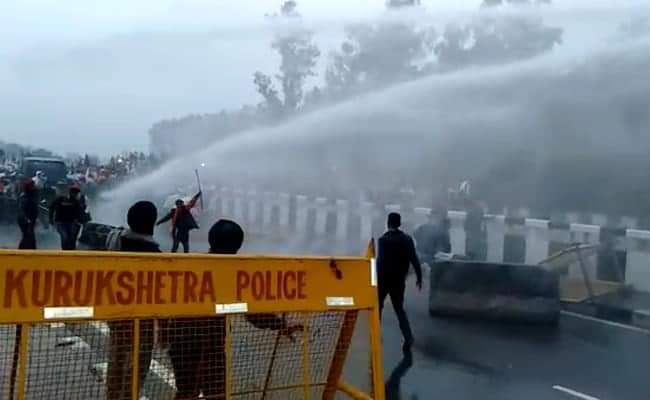 On all the entry points from Punjab, including National Highway-1, Haryana government placed barricades and big concrete blocks used for building bridges to stop the farmers on the way to Delhi. It laid down even barbed fence on some roads to ensure that the farmers from Punjab don’t enter Haryana at any cost. This act is drawing flaks as this kind of fence is laid only along international border.

Apart from this, heavy Police force was deployed on these points and arrangements were made to disperse the agitators using force on them in need. However, the force failed to stop the farmers at many places as per the reports available with Sikh24.com. 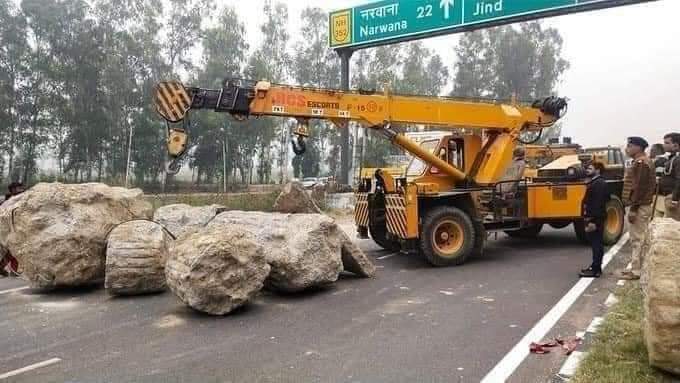 The farmers who were riding on the tractor-trailers, could not be stopped on the highway near Ambala. They overpowered the heavy police force by showing bravery, despite the Police used water cannons on them in a cool weather. The viral videos are showing that the youngsters are facing the horrible water cannons with bravery and the water cannons could not shake them. They continued their task to remove the barricades of iron and concrete while the Police were using force on them. They attained success in removing the heavy barricades and started going ahead. A brave youngster, who first climbs on the vehicle of water cannons to close its tap and then jumped from it on the temporary roof a trailer, is hailed over social media.

Notably, a section of Haryana farmers have also joined the ‘Dilli Chalo’ stir. They have also faced same restrictions of Haryana government. Besides, they have also extended help to the farmers coming from Punjab. 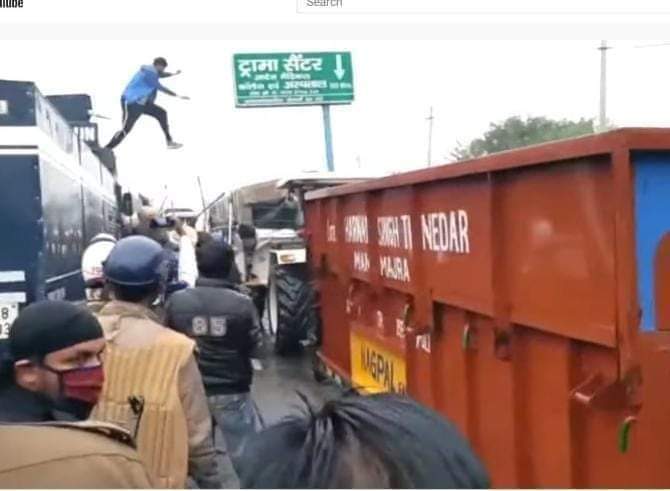 Those who were stopped on Haryana border, have launched sit-ins at same places for indefinite period. Thus, entire Punjab is agitating against the Government of India over its laws which have potential to ruin farmers and other sections of the agrarian states like Punjab and Haryana.