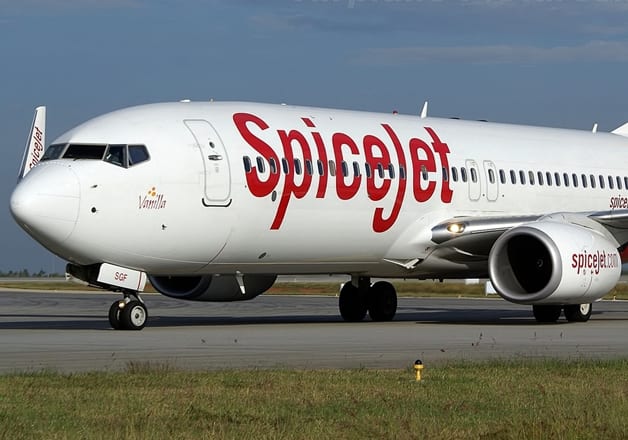 CHANDIGARH, Punjab—In a shocking incident occurred today, two persons namely Jawala Singh and Jasbir Singh got nabbed at Amritsar airport while trying to disrespectfully commute the holy saroop of Sri Guru Granth Sahib Ji in a briefcase. It is learned that the duo persons were in an attempt to commute this holy saroop from Amritsar to Pune in a domestic flight of Spice Jet.

Sources have revealed that the duo persons are father-son and are related to Gurdwara Nanaksar Samadh Bhai.

It has come to fore that they were trying to commute this holy saroop at the behest of Baba Kulwant Singh, who is related to Gurdwara Nanaksar Samadh Bhai.

The ill intentions of these people got exposed due to the alert given by an auto-rickshaw driver after which local Sikhs and SGPC representatives came into action.

It is pertinent to note here that there is a proper code of conduct to commute the holy saroop of Sri Guru Granth Sahib Ji from one place to another.

Meanwhile, it is learned that the duo father-son has been arrested by the Amritsar police.

SGPC appointed Akal Takht Jathedar Giani Harpreet Singh has said that such an incident can’t be tolerated at any cost. He has asked the administration to take strong action against the duo guilty persons so that no one could dare in the future to commit such an act of disrespecting our living eternal Guru.

Giani Harpreet Singh has also announced to constitute a committee for probing this incident deeply so that the elements backing these persons could be exposed. He has said that no guilty would be spared at any cost.

Shocked over the incident, the apex Sikh body Shiromani Gurdwara Parbandhak Committee has sought strong action against the duo offenders.

SGPC president Gobind Singh Longowal has said that these duo offenders have hurt Sikh sentiments with their unforgivable act and they deserve exemplary punishment.