AMRITSAR SAHIB: Giani Harpreet Singh, SGPC-appointed acting jathedar of Akal Takht Sahib, delivered his customary message from darshani deori of Sri Harmandar Sahib on the occasion of Bandi Chhor Diwas (Diwali) on Saturday (November 14) asking the Sikhs to fight for the cause of farmers-labourers who are worried over three farm laws introduced by BJP-led central government of India.

In Indian sub-continent, the farmers especially in Punjab have been agitating against the laws for the last two months. However, the Central government is adamant to implement them. 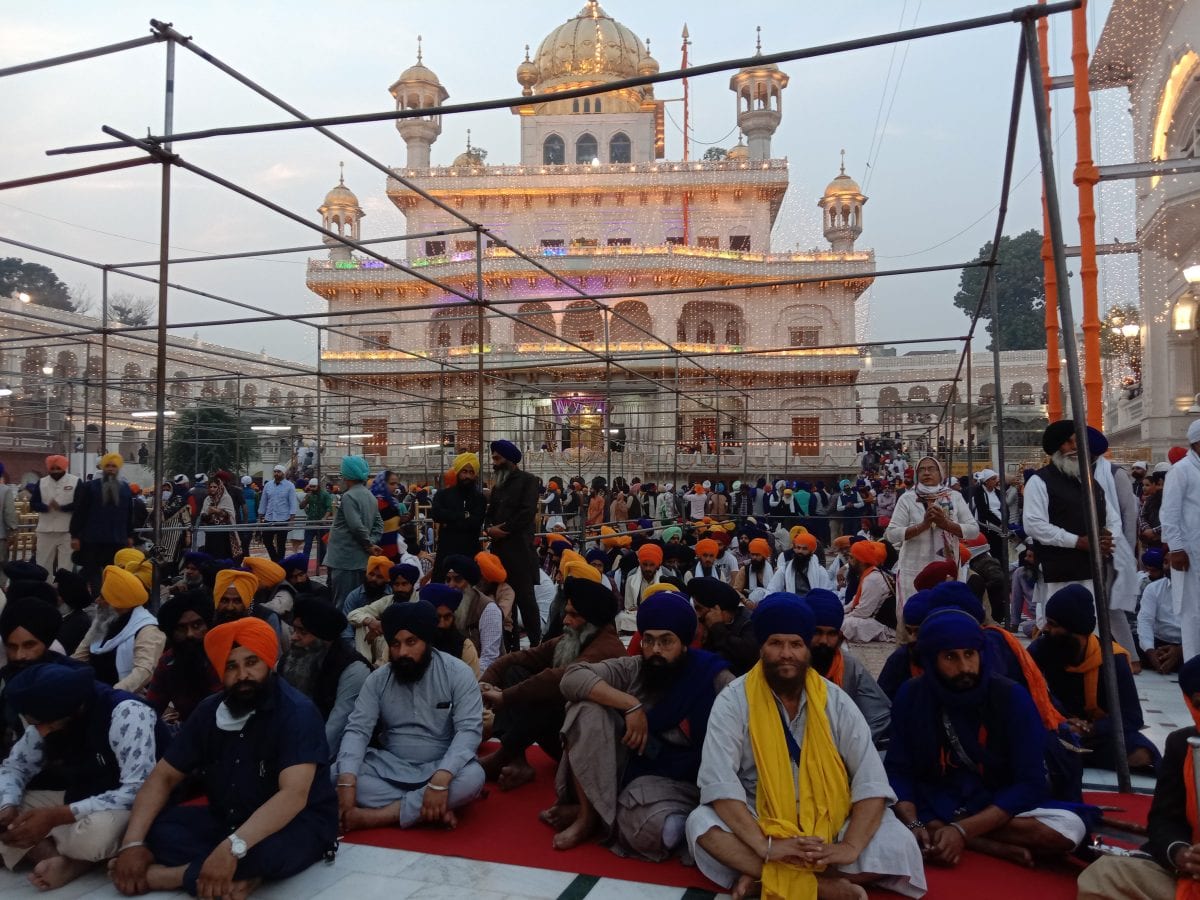 Expressing solidarity with them, Giani Harpreet Singh said, “The moment we are celebrating Bandi Chhod Diwas in this year, farmers are struggling for their survival which is at high risk. They are in the battle field to retain their rights. Baba Banda Singh Bahadar made them owners of the farmland 300 years ago. However, the incumbent rulers are trying to ensure monopoly of wealthy people over farmers, their land and produces”.

He said, “On the occasion of Bandi Chhod Diwas, Khalsa Panth should not only assure the victimized people such as farmers and labourers that it stands with them, but also come to fore to fight for their cause as shield of their agitation”.

“The Sikh qaum celebrates Bandi Chhod Diwas on the occasion of Diwali. We should think why we celebrate this day? Light of gurbani glitters much more than that of lamps. Good qualities preached by Sikh philosophy have an ability to make the cruel rulers walk on the right path”, said Giani Harpreet Singh.

He dubbed the Central government of India “oppressor” and criticized it for brutalization of minorities and other under-privileged sections of India.

He said, “Every Sikh should realize its responsibilities. This becomes necessary and more challengeable when exercise of discrimination and oppression has been speeded up in the country once again for ruining natural diversity which is there in terms of religion, language, politics, economy, education and culture”.

“Besides, minorities, scheduled castes, tribal people are being deprived of exercising their right to freedom of speech and expression. Dissents are being suppressed with political power. Intellectuals are being jailed under new black laws, which is also distressful. Sikh prisoners are not being freed even after 35 years”, he said.

He hailed the quam for aiding the needy people in times of pandemic. He also honoured heads of various Nihang organizations which made their presence in the shrine complex to mark the day.

However, the Police officials deployed on the entrance of Sri Harmandar Sahib stopped Bhai Dhian Singh Mand, Sarbat Khalsa-designated acting jathedar of Takht Sahib, from entering the shrine. He was also to disseminate his sandesh there. After being denied, he delivered it outside Sri Harmandar Sahib.