NEW DELHI, India—In a case pertaining to swindling more than 9 million rupees from the Delhi Sikh Gurdwara Management Committee, the Patiala House Court has directed the police to register an FIR against the former DSGMC president Manjit Singh GK.

It is pertinent to note here that the serving DSGMC cabinet is the complainant in this case. GK is accused of swindling INR 8 million through cash vouchers and making payment of INR 1.36 million for transportation charges besides foreign currency. 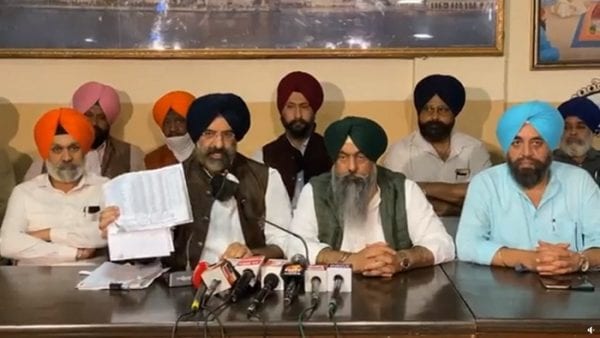 Revealing the development before media on November 11, DSGMC president Manjinder Singh Sirsa said that the Court has found that GK and his personal assistant Paramjot Singh swindled INR 8 million besides thousands of dollars due to which custodial interrogation of the duo is necessary.

Meanwhile, Manjit Singh GK has said that he will challenge the Patiala House Court’s direction in the High Court. He has claimed that the DSGMC’s governing body has failed to produce the strong room registers, cash registers, and accounts detail despite getting served four notices by the investigating officers of the crime branch.

It is pertinent to note here that Manjinder Singh Sirsa is also facing charges of swindling INR 6.6 million from the DSGMC in 2013.

In this press conference, Manjinder Singh Sirsa refuted the allegations of corruption against him while claiming that the Court has found him innocent despite high claims by the Sarna brothers and Manjit Singh GK. “The FIR itself is a proof of my innocence in which the entire governing body of the DSGMC has been booked but the Sarna brothers are highlighting only my name,” he said.

Sirsa further said that Manjit Singh GK was heading the DSGMC when these scams occurred.

Under the banner of SAD (Badal), Manjit Singh GK and Manjinder Singh Sirsa had taken over the DSGMC in 2013 but the relations of these leaders acquired bitterness after GK started distancing himself from the Badal family. Later, GK was accused of making corruption in the DSGMC after which he quitted out from the post of presidency and Sirsa became the new DSGMC president.

At present, the duo leaders are exposing each other’s frauds committed in the DSGMC during their tenure.