AMRITSAR SAHIB, Punjab—Ten days after it forcibly removed indefinite morcha (sit-in) being undertaken by the Sikh bodies against it over missing 328 Guru Granth Sahib’s saroops, the Shiromani Gurdwara Parbandhak Committee (SGPC) is set to face another morcha launched by the activists of Sikh Sadbhawna Dal today near Sri Darbar Sahib (Golden Temple).

Led by former Sri Darbar Sahib hazuri ragi Bhai Baldev Singh Wadala, volunteers of the Dal gathered at Sri Akal Takht Sahib in large number and held ardas for launching drive to mobilize the Sikh masses to liberate the historic gurdwaras from the clutches of successors of Narainu Mahant who massacred score of Sikhs in cold blood at Nankana Sahib in 1921 during British rule. 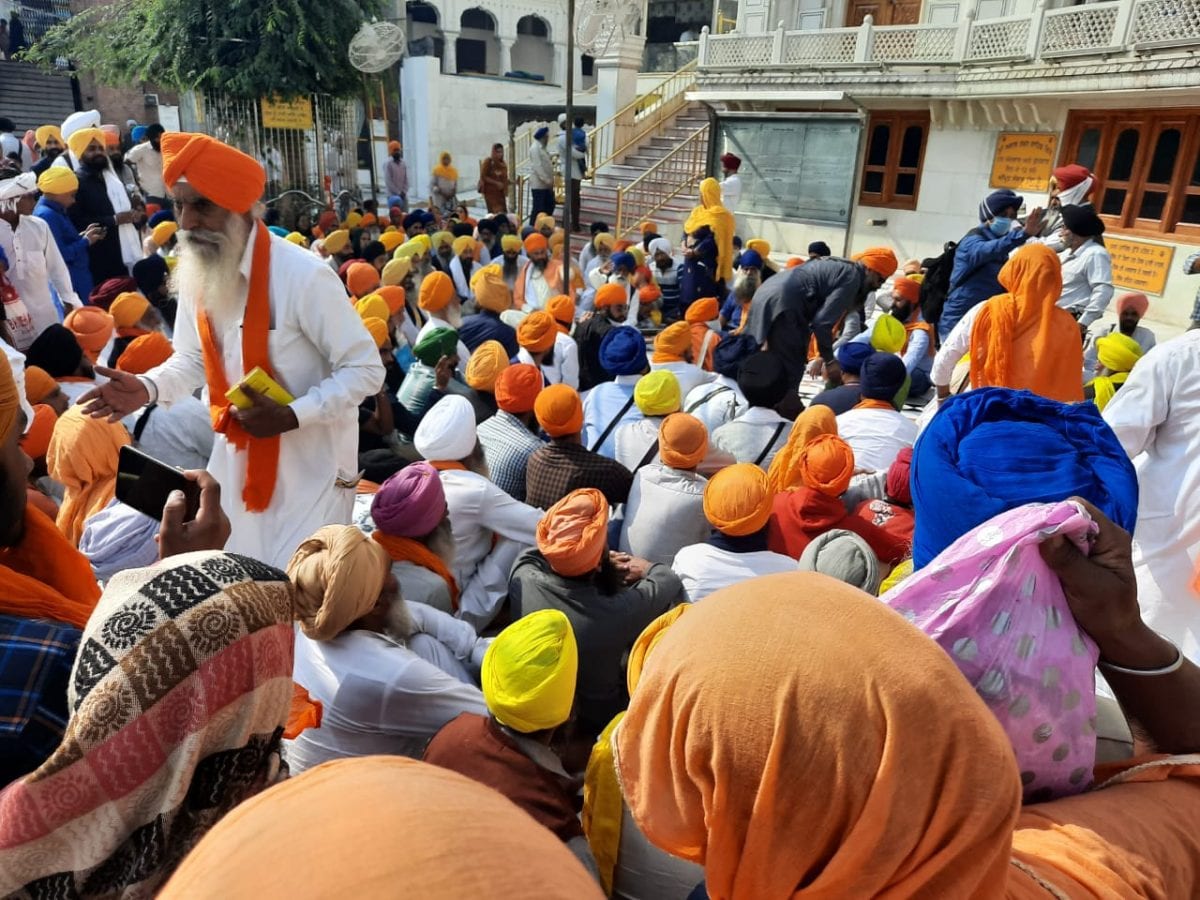 They took out a march from Sri Akal Takht Sahib to the chowk where the statue of Maharaja Ranjit Singh is erected. They sat at the high platform there and suddenly announced to launch indefinite morcha to get justice in the case of misappropriation occured in the SGPC, that led the holy saroops going missing.

Bhai Wadala said the morcha would continue till the SGPC does not provide them clarification of the whereabouts of the missing saroops and get its staffers who found guilty of the misappropriation, booked by the Police under the relevant sections. He also condemned the act of thrashing the Sikh agitators mercilessly by the SGPC task force inside its headquarter Teja Singh Samundri Hall on October 24. The SGPC did so to root out the morcha laid in front of its headquarter on the premises of the holiest Sikh shrine. 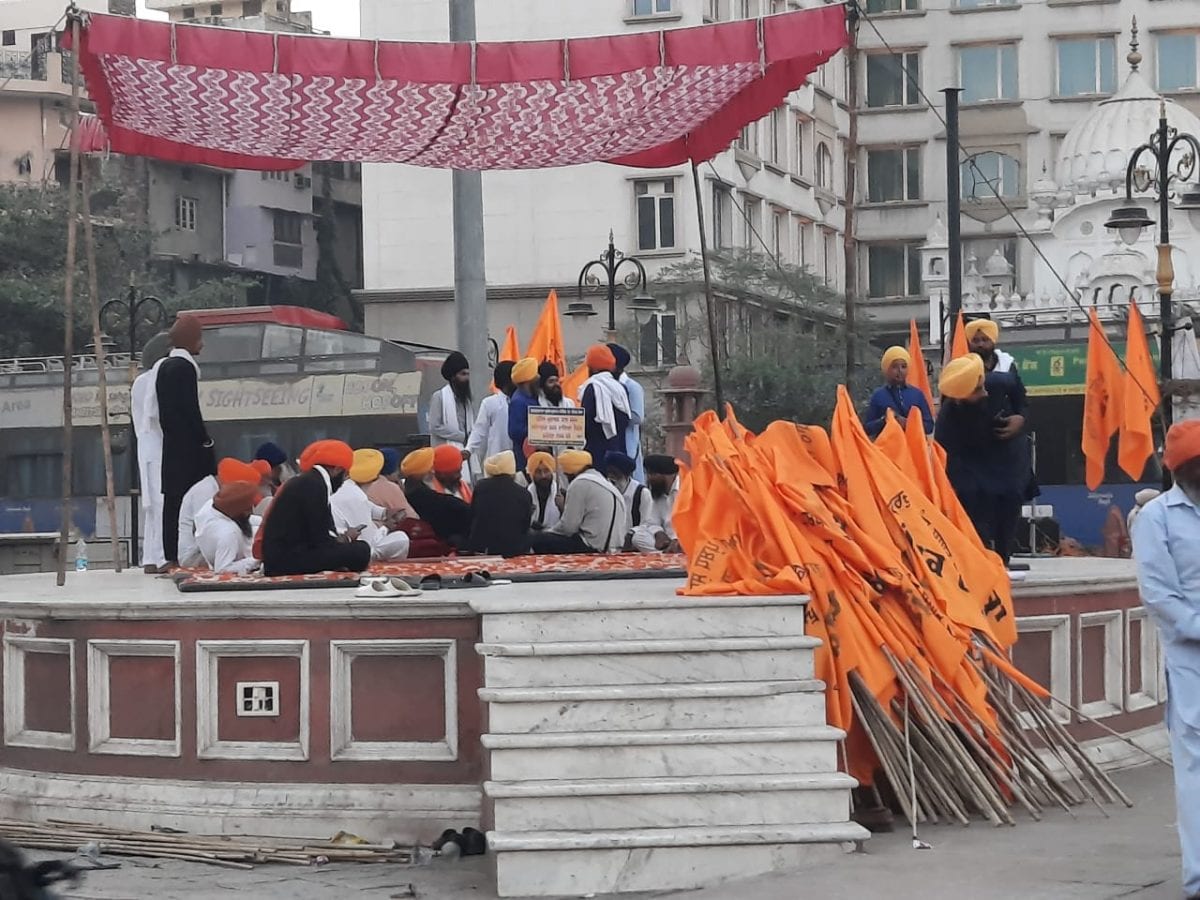 Additional Deputy Commissioner of Police (ADCP-3) Harpal Singh approached Bhai Wadala to request him to not sit on indefinite dharna and find out amicable solution of the issue through dialogue with the SGPC top brass, but the latter declined his request stating, “Untill the culprits of the misappropriation are not booked and other demands are not met by the SGPC, the dharna will not be lifted at any cost”.

When Harpal Singh argued that only SGPC could file the criminal case against the culprits, Bhai Wadala questioned him that why not the Police are registering such cases on complaint of other organizations as the matter is concerned to the entire Sikh community and its religious sentiments.

The Sikh activists including Guru Granth Sahib Satkar Committee leaders Sukhjit Singh Khose and Balbir Singh Muchhal who were thrashed by the SGPC task force and made captive for five hours inside the headquarter, also joined them and announced to extend their support.

Altogether, the SGPC is getting no respite in the high profile case of the missing saroops with the launching of the new morcha.